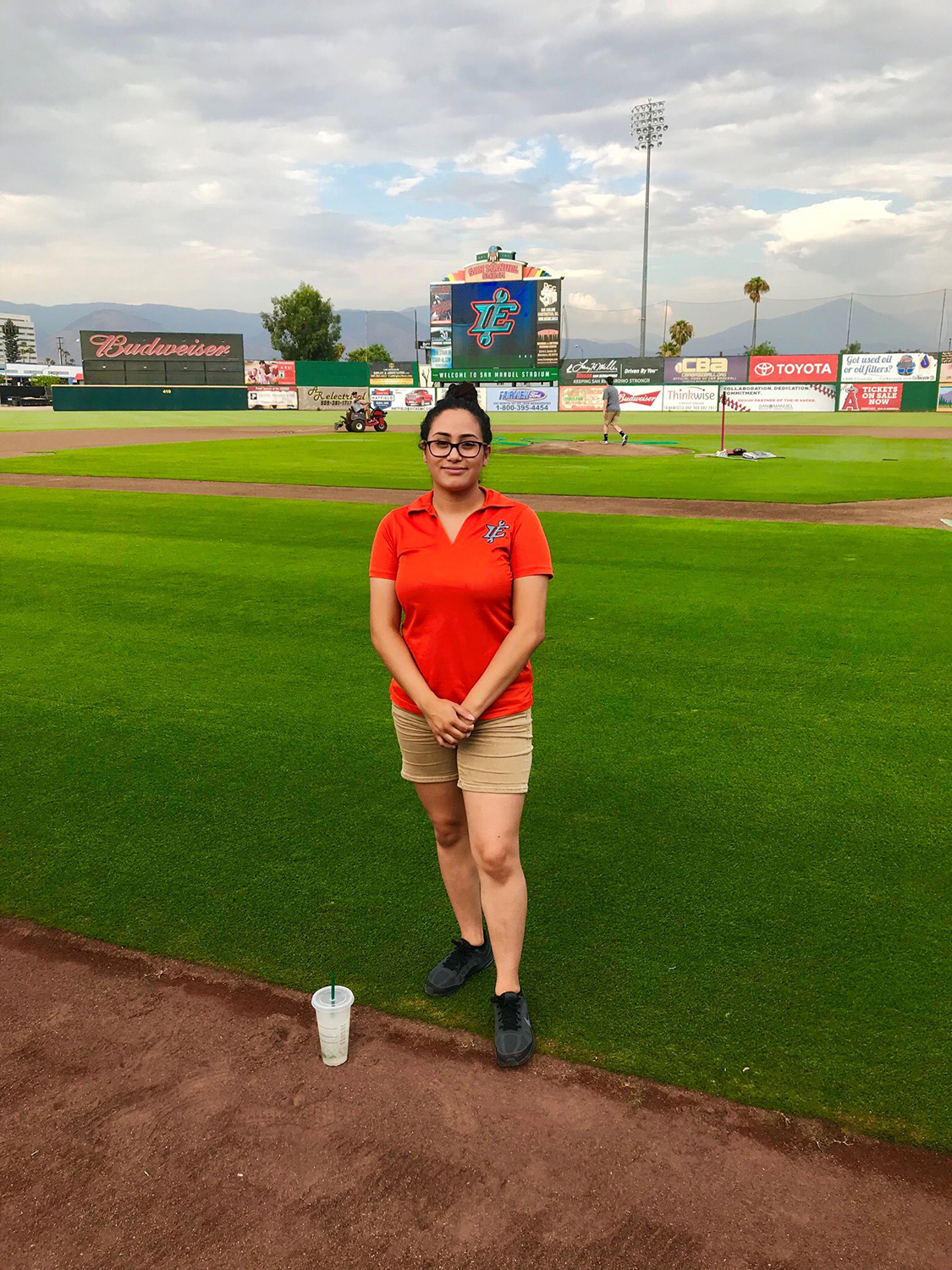 The bilingual senior interns with the Inland Empire 66ers of the California Angels baseball organization.

AFTER SHE EARNS HER NORWICH degree, Daisy Ramirez ’19 plans to continue her athletic training studies in graduate school. Her ultimate aim: work in professional sports, preferably in a Dominican Republic baseball league. She took a step closer to that dream by interning over the summer with the Inland Empire 66ers, the top farm team for the California Angels.

From June until August, Ramirez worked side by side with the 66ers athletic trainer strength and conditioning coach to prep and treat athletes during their intense summer season. “I was so mind-boggled that they play a game every day. There’s no practice. Practice is the game.”

Ramirez put in up to 12 hours a day over the course of 40 home games during her internship. It helped that the stadium was just 20 to 30 minutes from her home, depending on the traffic. So did her ability to talk with the team’s many Spanish-speaking players.

Even better, team trainer Yusuke Takahashi “let me work very independently, something you don’t always get” during clinical settings in college, she said.

The 66ers proximity to Angels’ Stadium in L.A. allowed Ramirez to tag along as players visited the facility for rehab and was by far the best part of her internship, she says. “It was nice to see a higher level of athleticism … You got to see the variation.”

The internships are competitive. Ramirez landed hers by applying through the Professional Baseball Athletic Trainers Society.

Associate Professor of Athletic Training Greg Jancaitis, who directs the Athletic Training Program at Norwich, says the close-knit nature of the program enabled Ramirez to enlist the help of her professors to prepare her application.

Her success, he says, “demonstrates that even students from smaller [Division III] programs can be competitive at the national level.”

It also spotlights the drive, dedication, and focus of athletic training majors at Norwich, he says. “When our students want to achieve something, they put their minds to it and get it accomplished.” Ramirez knows “what she wants to do in her career and is willing to challenge herself to get there.”

The senior’s interest in the field was sparked at the early age of five. Her older sister and de facto babysitter studied athletic training in college. Ramirez says she sometimes tagged along to class.

As for baseball, Ramirez says her family’s loyalties are evenly split between the Angels and Dodgers, who both play in L.A. But she demurs when pressed to name her own team favorite. Perhaps a political career is also in the lineup.