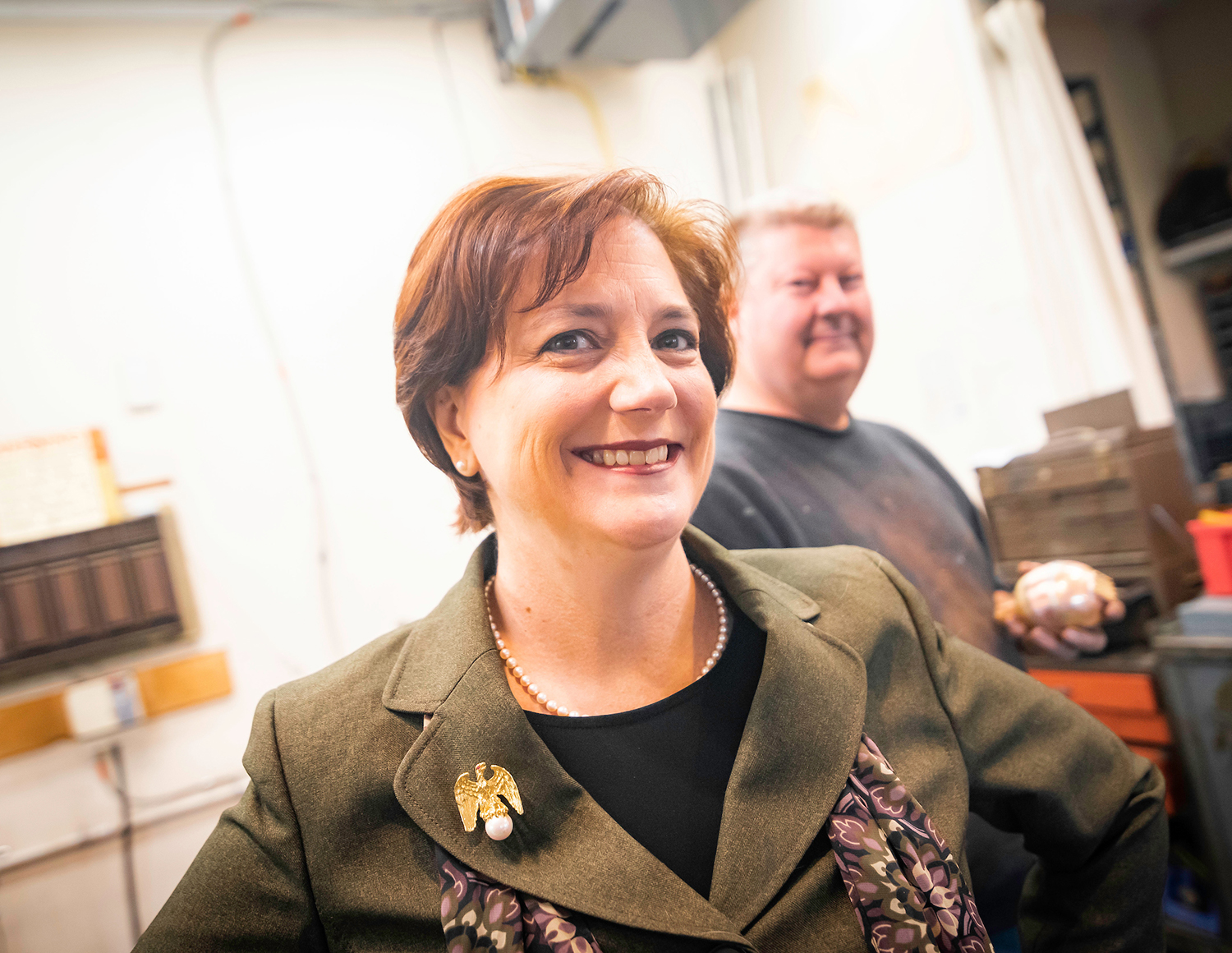 IT’S IMPOSSIBLE TO SPEAK WITH R. Pierce Reid M’14 and Jacque Shiner M’17 without hearing that nagging voice inside your head that demands to know what, exactly, you’ve been doing with your life.

The couple boasts enough accomplishments to distribute among a dozen people—and even then, those people would be exhausted. But not these two. Their collective energy and enterprise propel each to ever-greater heights, with no signs of slowing.

“I have the attention span of a ferret who just drank a double espresso,” quips Pierce, an imposing figure with a cop haircut and the beefy arms of a machinist. His power-suited partner Jacque laughs in agreement.

The two hit it off and talked about the future together and soon relocated to Stowe, Vt., where Pierce grew up.

Shortly after arriving, he joined the town’s police department, and has spent the past 13 years as a patrol officer. He also—ready?—co-owns and operates the Vintage Garage, an antique car repair and restoration business; is planting a vineyard on his family’s farm; collects and restores military artillery; writes published papers on information security and propaganda; participates in WWI archaeological digs; and is working on a book about USMC Gen. Walter Stauffer McIlhenny.

The last two endeavors are outgrowths of a master’s degree in military history, which he earned from NU’s online College of Graduate and Continuing Studies in 2014 “just for fun.” For Pierce, the degree was a way to advance his lifelong passion for military history.

Jacque, in turn, now runs her own consulting firm, OSA Proposals, which she launched in 2015. Along with business-related training seminars, she presents on collaborative procurement relationships to national contract and purchasing associations. She is also slated to become the Worthy Grand Patron of the Order of the Eastern Star (a fraternal service organization). Like Pierce, Jacque also earned her online master’s degree from CGCS. Her degree is a master’s in public policy and administration, which she completed in 2017.

In recognition of her unparalleled scholarship, including the publication of a textbook chapter on procurement, Norwich presented Jacque with its first-ever “Shooting Star” award. The ink on her diploma barely had time to dry before Rosemarie Pelletier, PhD, who leads the MPA program at CGCS, invited Jacque to develop the curriculum for a new, master’s-level course in government contract management.

“My own degree directly impacted my professional acumen,” Jacque says. “I’m excited to give back, by directly contributing to the success of future MPA students.”

Pierce and Jacque maintain deep relationships with the university. He lectures on information warfare in the online military history program and serves on the advisory board of the William E. Colby Military Writers’ Symposium. She recently organized a Todd Lecture Series event with former NYPD Commissioner Raymond W. Kelly and will soon teach in the MPA program.

“Everything about Norwich inspires us to be involved,” Pierce says. “It’s a great community to be part of.”