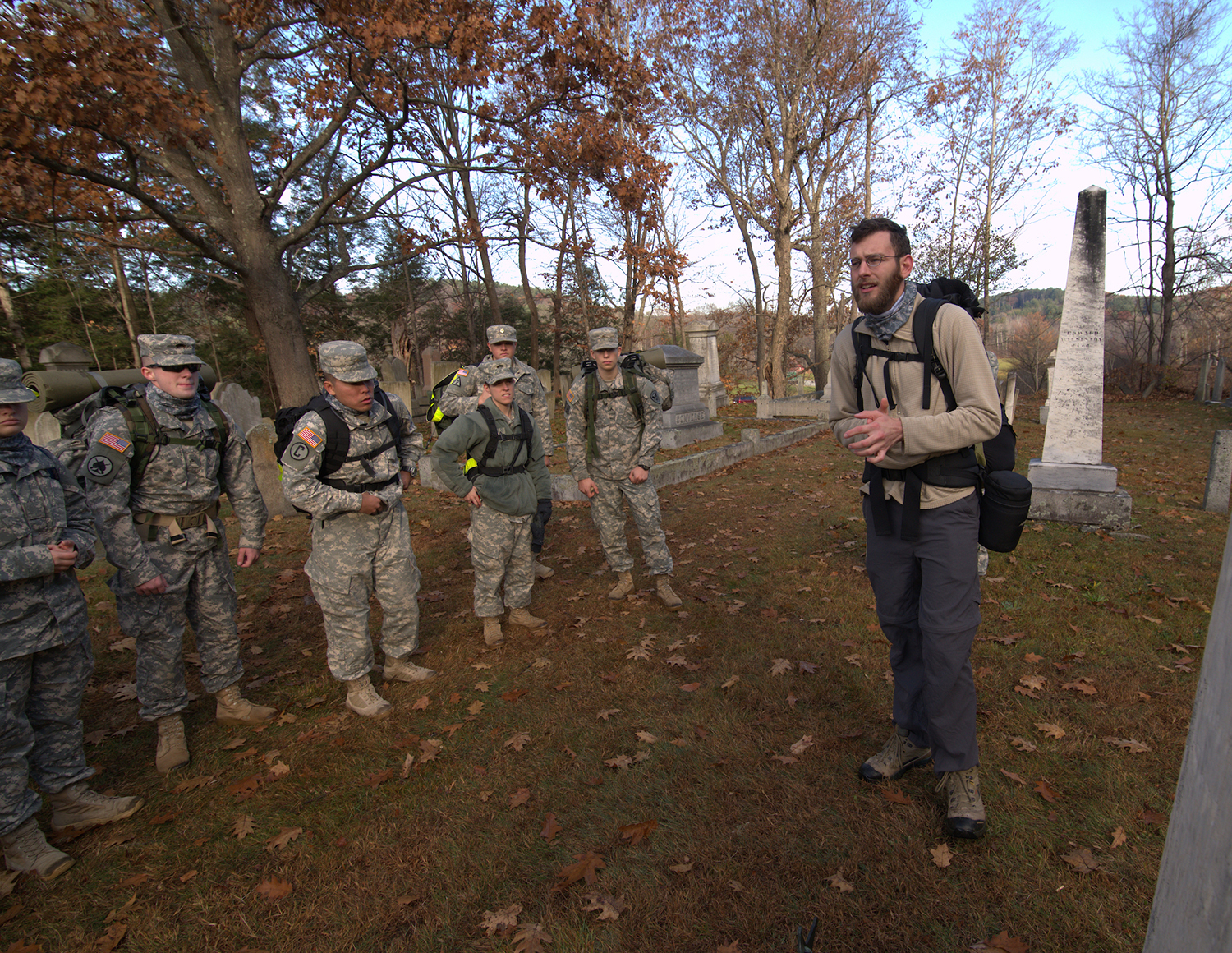 Norwich University cadets, alumni, and friends will continue their tradition of marching 50 miles to raise funds for the Veterans’ Place, Inc., a Northfield transition home and support center for homeless veterans.

The three-day, ninth annual Legacy March begins in Norwich, Vt., Norwich University’s original hometown, on Thursday, Nov. 1, and ends with the cadets arriving back to Northfield for lunch on Saturday, Nov. 3.

In the tradition of experiential education championed by Norwich founder Captain Alden Partridge, marchers will receive educational instruction by Norwich faculty, staff, and alumni on local and regional history and engineering.

The march recreates the historical movement in 1866 that brought the cadets from Norwich to Northfield after a disastrous fire destroyed the original campus.

The march will kick off on the Norwich, Vt., village green with historical briefings from Clarke Haywood ’12. Haywood will accompany the marchers, discussing early Norwich history, visiting Partridge’s and Ransom’s (Norwich’s second president) gravesites, and passing by Partridge’s home. The cadets will detour on Thursday to the Morrill homestead in Strafford, Vt., to learn about the impact of U.S. Senator Justin Morrill, the Land Grant College Act that bears his name, and the roots of this far-reaching legislation in Norwich founder Capt. Alden Partridge’s philosophy.

The Legacy March has raised more than $25,000 over the years to support Vermont and national veteran’s organizations. For the last several years the fundraising efforts of the marchers and the entire University community in support of this event has stayed in central Vermont—benefiting Northfield’s Veterans’ Place. Numerous Upper Valley and Central Vermont businesses, educational institutions and service organizations also contribute essential gifts to support this annual event.