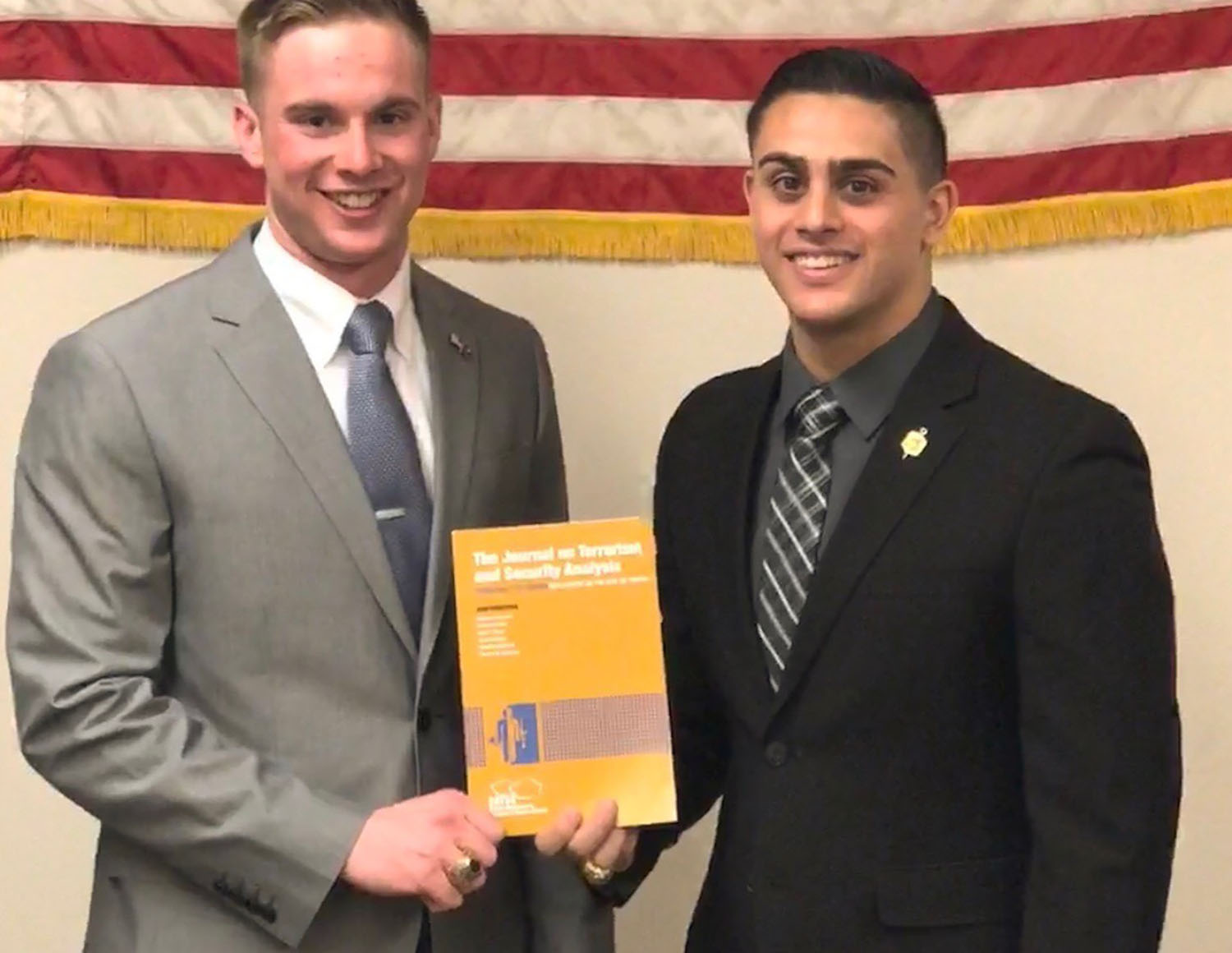 At Norwich University, students are often afforded the opportunity to research and write about fluid topics in their fields.

Occasionally, their work transcends the boundaries of the classroom and is celebrated within the academic community through publishing, presentations, and scholarships. Professor Travis Morris has promoted this upward mobility in his students’ work by regularly passing it along to high-profile members of the intelligence and law enforcement communities. During the 2017 fall semester, in Dr. Morris’s CJ 330 Terrorism course, students were tasked with analyzing an issue of Inspire magazine—Al-Qaeda in the Arabian peninsula’s propaganda magazine.

Five students worked together to unpack the strategies and tactics showcased in that issue by utilizing a natural-language processor called Rosoka. Five seniors, among us Anthony Aversano, Timothy Weinhold, Steven Allen, Christopher McGinty, and Adam Souza, took its 17th edition and prepared an extensive document and presentation to highlight the key players, targets of interest, and tactics, throughout the issue. We then recommended several courses of action moving forward to mitigate the risk of a train-derailment attack.

After the project was submitted for a grade at the conclusion of the semester, we thought our work was complete. However, it was only just beginning. An editor interested in publishing the work contacted us. The next few weeks would then turn into an exercise in overhauling the report into a publishable scholarly article. After many hours of revisions, the work was finally published in the spring 2018 edition of The Journal on Terrorism and Security Analysis out of Syracuse University. Its title: “From Strategy to Tactics: Analyzing al-Qaeda in the Arabian Peninsula’s Inspire Magazine, Issue 17.” This work analyzes Al-Qaeda’s open-source recruitment and propaganda magazine from a strategic ideological prospective to tactics targeted at the individual level. Overall the project was demanding and took on many forms but was a very valuable experience. The opportunity to publish as undergraduate students is something that they are grateful for and are hopeful that this is the first of many publications.