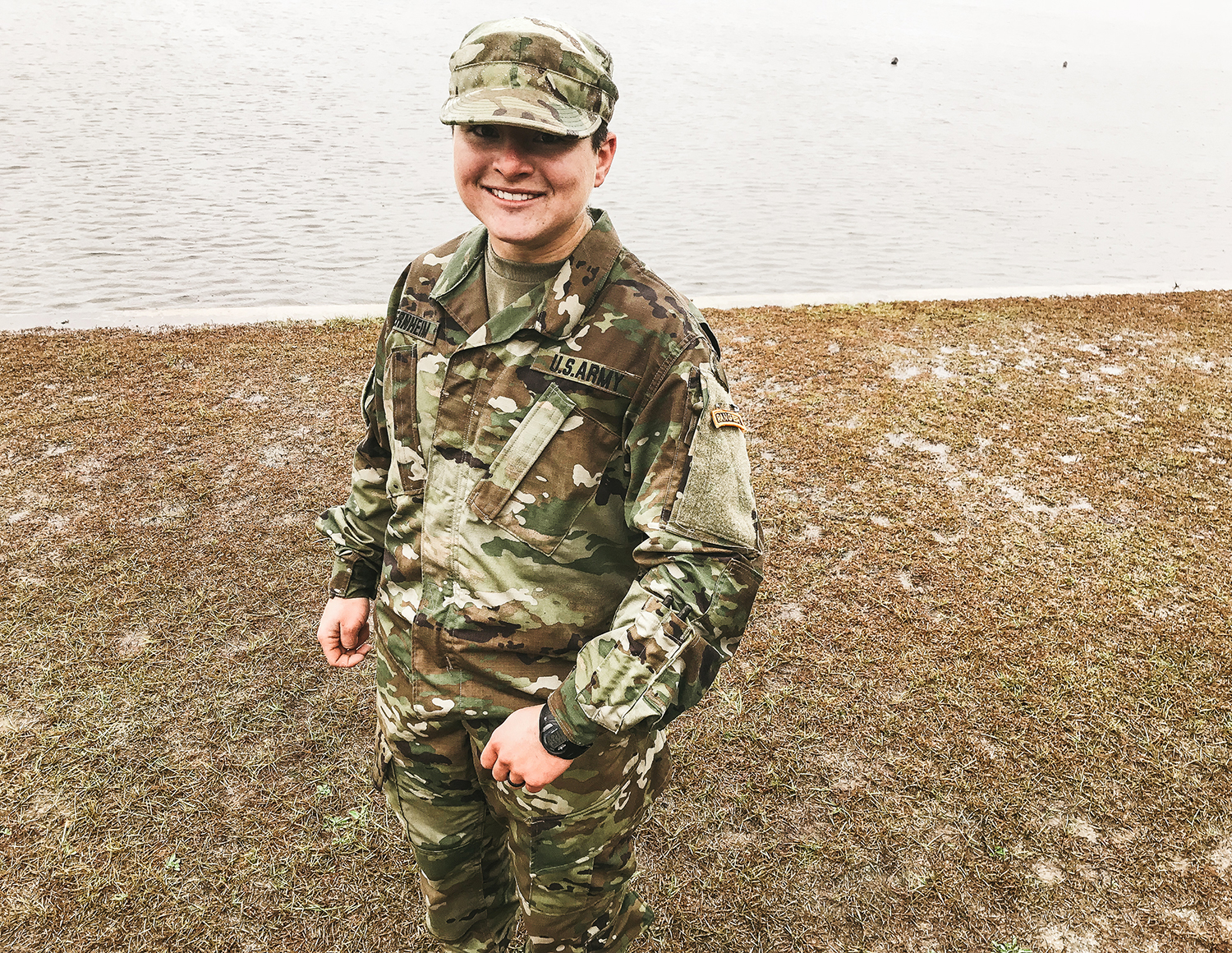 Bernheim, her squad's sole female, says she was treated like any other male Ranger candidate.

“No one cared about my gender or physiological capabilities," she says. “They cared that I did the work.”

Born into a high-achieving military family, the 5-foot-3 inch, 135-pound dynamo was always driven to excel.

“I grew up with a chip on my shoulder and something to prove,” she says.

At Norwich, Bernheim majored in studies in war and peace and distinguished herself as a student, athlete, and future military officer.

Before Ranger School, however, Bernheim’s unrelenting drive to prove herself to others as a 2nd lieutenant — that “chip”— nearly scuttled her chance of success. During a preliminary Ranger Training Assessment Course in 2015, Bernheim was unsatisfied that her peer-review scores, while passing, were relatively low.

“That was an indicator for me to take time to learn about the Army and mature more before I attempted Ranger School,” she says.

“That chip on my shoulder fooled me into thinking that I should, and could, accomplish everything by myself,” she says. “(But) Ranger School is a team effort, and leaders look out for their team.”

There, Bernheim proved to her instructors and peers that not only could she carry her own weight, she could also take care of her soldiers. Doing so earned her Ranger tab and a place in Norwich history.

A military intelligence officer in the 1st Cavalry Division, Bernheim is completing the Maneuver Captain’s Career Course at Fort Benning, Georgia. She is married to fellow NU alumnus, Army Capt. Katie Hathaway ’12, who is stationed at Fort Hood, Texas, and is the first woman to command an active-duty tank company.