Lessons From a Civil War Battlefield 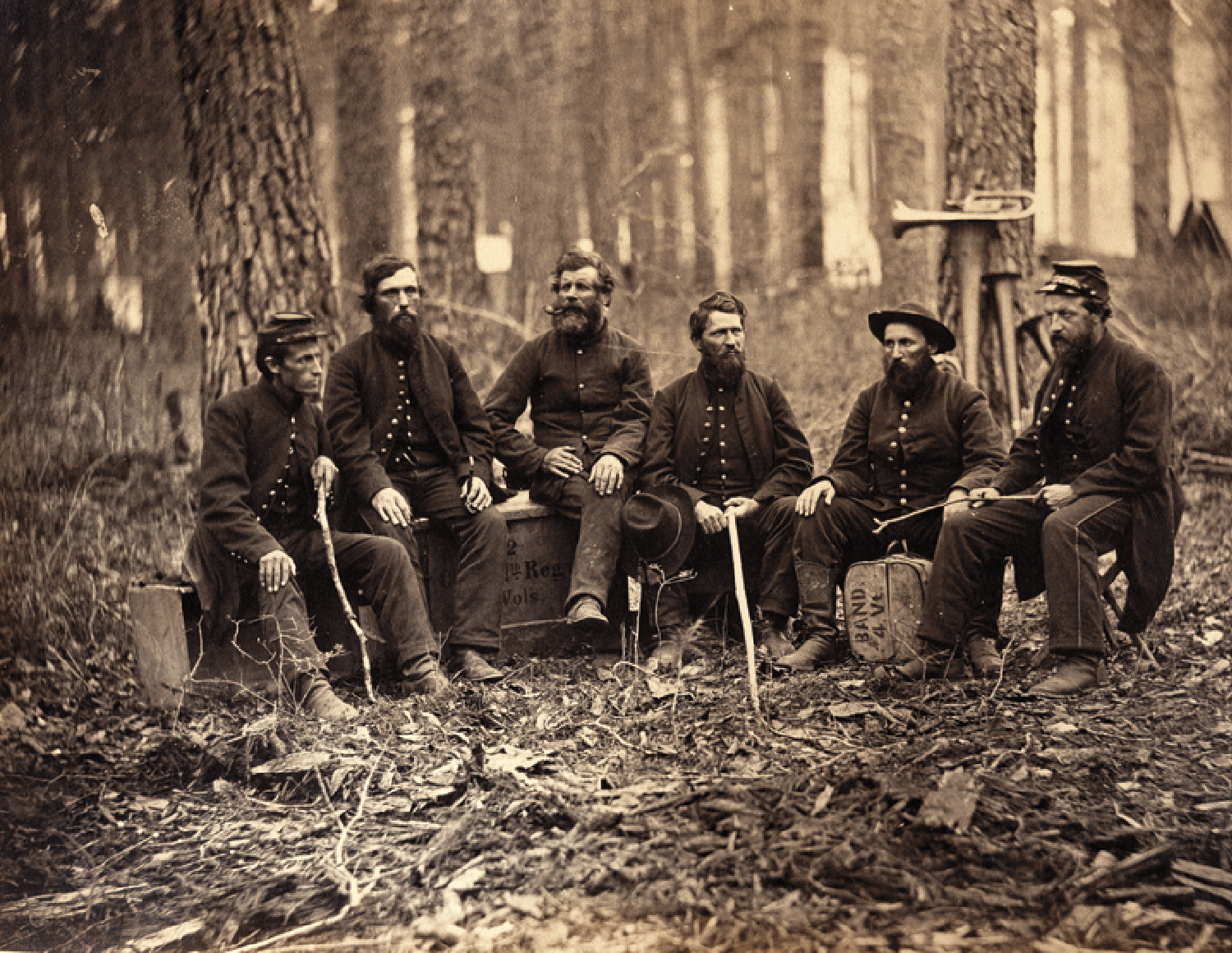 Under a clear Virginia sky one afternoon in late May, my students and I roll into the parking lot at Newport News Park. The 143-acre forest preserve sits on a history-soaked finger of southeastern Virginia situated between the James and York Rivers. Thaddeus Boothtrudo ’20, Adam Dahlberg ’20, and Jake Scott ’21 grab their gear. We are in the midst of a two-week Civil War staff ride, or field course, that I’ve taught at Norwich for the past eight summers. Our destination this afternoon is the battlefield of Dam No. 1, the site of a relatively obscure fight between Vermont Union soldiers and Confederate forces. It is one thing to have my students read military history in their textbooks on the Norwich campus. It is quite another to enable them to walk the ground in person, visiting battlefields famous and forgotten in order to better learn from the triumphs and tragedies of the Americans who fought there.

Leaving our car behind, we stroll down to the body of water that used to be the Warwick River. Long since dammed off, it is now merely a large pond. Like many of my previous students, Thaddeus (a studies in war and peace major), Adam, and Jake (both history majors) seem surprised by what they find: The landscape is a refuge for turtles and white cranes, a more likely spot for nature walks and jogging than historical analysis. Fortunately, this historic Civil War site has not been overrun by Taco Bells and Walmarts. Still, you would not realize you were on a battlefield without taking a closer look at your surroundings. But the signs are there, and soon we spy the Vermont Brigade monument by the water. It is there that we begin our work, analyzing the plans for an attack made more than 150 years ago. We then walk across a wooden bridge to the far side of the pond, where we explore the well-preserved remnants of Confederate earthworks that were the object of the Vermonters attack that day.

WHILE NOT A WELL-KNOWN CIVIL WAR BATTLE, the fight at Dam No. 1 on April 16, 1862, provided an ideal choice when I began designing staff ride courses for my Norwich students. By April 1862, Union forces under General George McClellan marching up the strip of land formed by the York and James Rivers in Virginia had been blocked by a Confederate defensive line anchored on Cornwallis’ old stronghold at Yorktown. Seeking to determine the strength of the enemy position, McClellan ordered a reconnaissance by elements of the Vermont brigade. That afternoon some 300 untried soldiers from the 3rd Vermont Infantry waded across a flooded Warwick River in an effort to seize a fortified position held by Confederate soldiers and artillery. The situation fell apart quickly. Inexperienced soldiers forgot to keep their powder dry. The soldier responsible for signaling reinforcements was almost immediately killed, and at the critical moment both the brigade and division commanders in charge of the operation were incapacitated or absent.

Despite all of this, the Vermont men still managed to cross 150 yards of open water and effect a lodgment on the far shore for over an hour. It was only when the Confederates launched a brigade-sized counterattack that the men were forced to retreat across the river, taking heavy casualties and losing prisoners along the way. Ultimately, a third of the force that crossed the river that day would not return. Because of the challenges the men in the crossing faced, it is no surprise that three Vermont men would receive the Congressional Medal of Honor for their actions that day. Given the name the Battle of Dam No. 1 for the nearby obstruction in the Warwick River (it is also known, somewhat incorrectly, as the Battle of Lee’s Mill), this small engagement presents a unique perspective on Civil War combat and an appropriate one for future officers seeking lessons on military leadership.

THE “STAFF RIDE” IS A FAIRLY OLD CONCEPT dating back to the Prussian General Staff of the 19th century that sought to exploit the wide availability of European battlefields for some on-site officer training using historical case studies. By the early 20th century, the U.S. Army began conducting similar training operations on North American battlefields, particularly those of the Civil War. Today, staff rides have become an integral part of officer-training at all levels, whether at the United States Military Academy at West Point or the Command and General Staff College at Fort Leavenworth.

Despite the age of some of these battlefields, the staff ride is intended to provide lessons in combat leadership that are applicable regardless of the century in which they occurred. The United States has a long history of military operations, and it is one of the strengths of our officer training programs that such a value is placed upon learning from the past in the creation of future leaders. The staff ride provides a wealth of knowledge for officers, including lessons in the operational art, combined arms methodologies, logistical and terrain challenges, and an appreciation for the so-called fog of war that can envelop any combat commander in any era.

The spark for my current staff ride program was supplied a decade ago, thanks to James Ehrman, then head of the Master’s in Military History program at NU’s College of Graduate and Continuing Studies. He and his associate Charles Sanders from Kansas State were developing a Civil War staff ride for online graduate students and generously invited me to tag along. After joining in for a couple of years, I started leading Norwich undergraduates on their own Civil War staff ride experience. My goal from the beginning was to make it more than just a “field trip” for the students. The experience was designed to be a full class that would immerse students in a particular campaign from the Civil War, while giving them a grounding in the major issues facing both officers and men during the war.

Since 2010, I have offered the course every summer, leading small groups of Norwich undergraduates to a rotating series of battlefields each year. The course is only two weeks long, but it is an intensive two weeks with class beginning the Monday after the semester ends, right after Commencement weekend. We spend a week on campus working in the classroom and the library so that students can get up to speed on Civil War combat tactics and organizations along with the overall operational details of the specific campaign to be examined. We head south at the end of the first week, bunking at a hotel near the battlefields as we spend each day on the field walking the ground. By the time we take to the field, my students are already familiar with the basics of the topic and have studied a specific general officer from the campaign in order to gain an appreciation for their leadership style and combat performance. Thus, my role on-site is not to be the park ranger reciting battlefield narratives (admittedly I do some of that, I just can’t help it), but to facilitate a discussion on the nature of combat leadership as we stand on the same ground as some of the most famous figures in U.S. military history.

As we stand on the battleground of Dam No. 1, Thaddeus, Adam, Scott and I have just such a discussion. The students quickly recognize how, in spite of the challenges, junior officers among the Vermont men stepped up to get their men out of danger and prevent a greater disaster than what occurred. The inexperienced Union soldiers who made the attack that day learned a bloody lesson about the value of the chain of command and proper communication on the battlefield. As the four of us walk on to our next battlefield that afternoon this past May, three future leaders have gained their own understanding of those lessons and the terrible cost behind them.

Steven Sodergren, Ph.D., is an associate professor of history at Norwich and the author of “The Army of the Potomac in the Overland and Petersburg Campaigns: Union Soldiers and Trench Warfare, 1864–1865," which won the 2018 Norwich University Colby Award for the best military book by a first-time author. Each summer, his Civil War staff ride course focuses on one of three campaigns: the Peninsula Campaign of 1862, the Overland Campaign of 1864, and the Antietam and Gettysburg Campaigns.