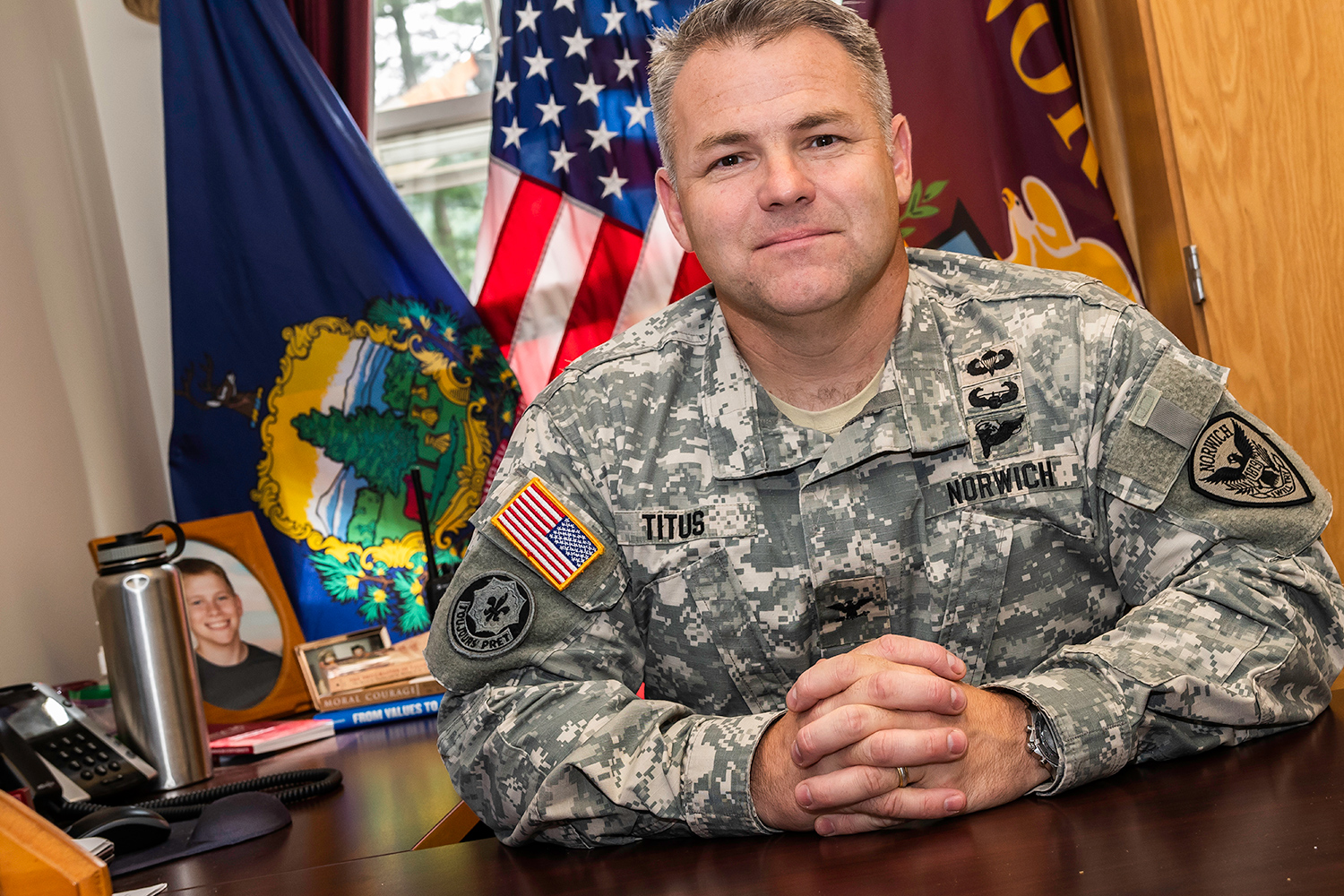 The 55th Commandant of Cadets at Norwich and former West Point instructor shares the backstory of his favorite office memorabilia. “What I love about [most of] these items is they were pretty much all given to me by my soldiers.”

1. Family Photos: They are “what’s most important to me.” Titus and his wife have been married 18 years and have a 14-year-old son, whom Titus describes as the love of his life. “That’s why I do it every day. You know what I mean?” 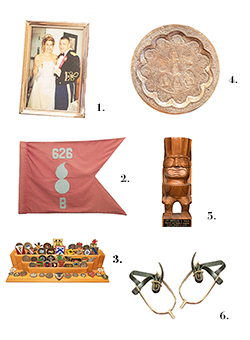 2. Calvary Company Guidon: A gift from his former company, Bravo Company, 626th Forward Support Battalion. “It’s so bleached and worn. You can see where it’s faded from the desert sun.” Titus spent 20 years as an Army logistics officer, deploying to Iraq and Afghanistan and serving at the Pentagon, among other posts.

3. Challenge Coins: “I can look at any one of those coins and tell you a story about the unit or people that I worked with. That’s why the coin rack brings me joy.”

4. Engraved Iraqi Platter: Halfway through his company’s second deployment in Iraq, Titus received orders to attend graduate school and teach at West Point. The plate was a parting gift from his company. “They found this in a bazaar. It has all the significant historical sites in Iraq.”

5. Kūkaʻilimoku, Tiki God of War: “I’ve had some pretty good assignments.” Among them, Hawaii and Germany. “I didn’t have to go to very many ugly spots.”

6. Spurs: An Army cavalry tradition, Titus earned his silver spurs after a sleepless 48-hour “suck fest” designed to test his grit and unit mission know-how. He earned his gold spurs by serving with distinction during combat in Afghanistan.