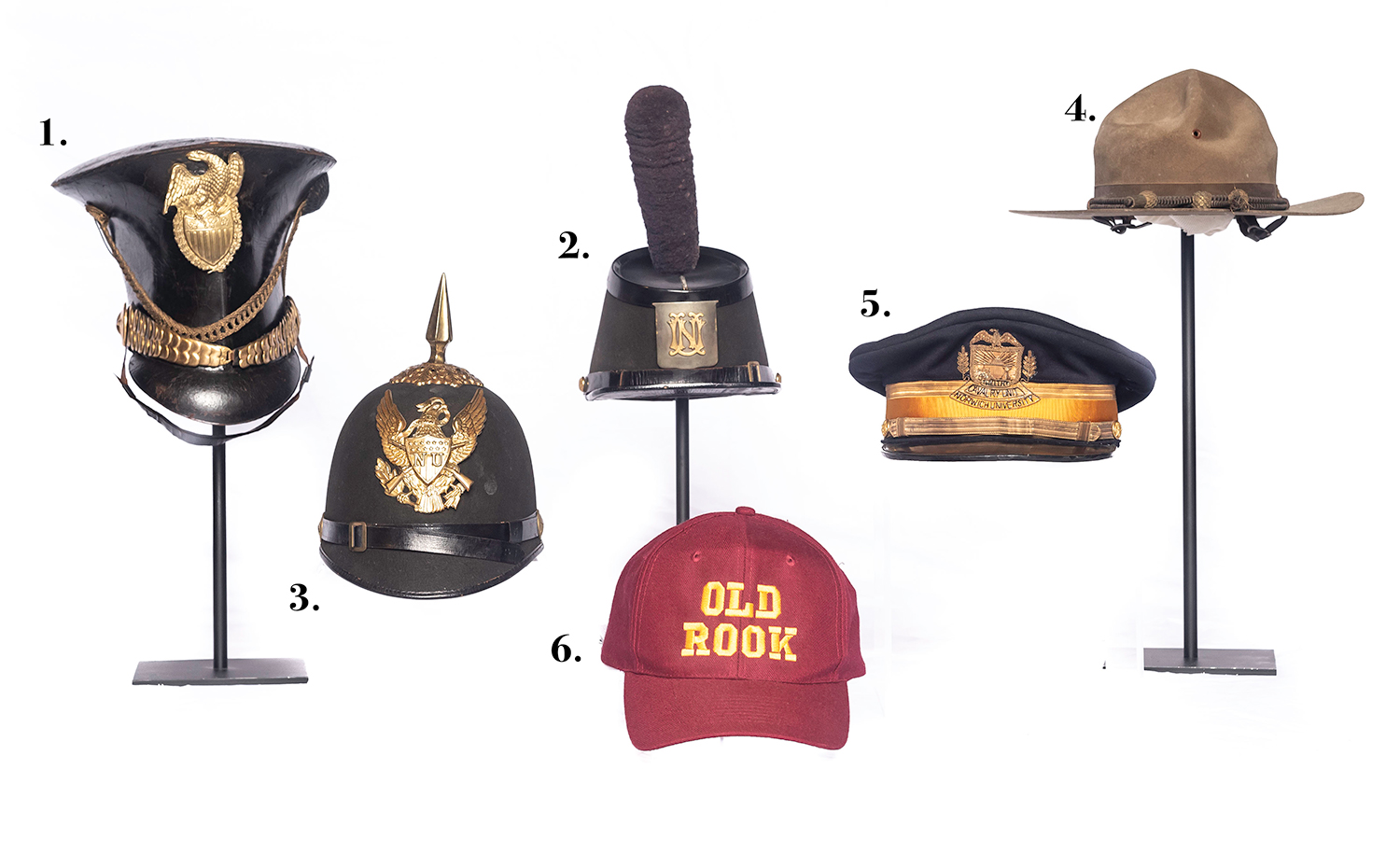 Shakos, kepis, helmets, covers, hats—call them what you will. A stylish tour of two centuries of cadet headwear from the Sullivan Museum and History Center collection.

1. Shako, 1819–1840. Long before Air Jordans, shakos were the coveted “high tops.” In 1819 the fledgling American Literary, Scientific, and Military Academy (a.k.a. NU) needed to distinguish itself from other military academies. It quickly adopted uniforms similar but not identical to those of the United States Army.

2. Kepi, 1877–1881. By the outbreak of the Civil War, kepis were the standard cadet headwear. This later example carries the plume found on early shakos and an interlocking “NU” on the cap plate for the recently renamed Norwich University.

3. Spiked Helmet, 1892–1896. At the end of the 19th century, spiked helmets inspired by the German “Pickelhaube” were de rigueur on campus. A large eagle plate features "NU" sitting proudly on a shield.

4. Campaign Hat, ca. 1914. Norwich soon adopted new headwear, including a brimmed version based on the U.S. military’s M1911 campaign hat. The timeless lids are nearly identical to those worn by drill instructors today.

5. Cover, 1920–1925. Easily recognized today, this cadet cover was based on U.S. military headwear and sports an overall shape and style that hasn’t changed for nearly a century. It was the first to bear the NU cap device or plate, in this case embroidered in gold bullion.

6. “Old Rook” Baseball Cap, 2006. The term “Rook” has lasted more than a century, as have the bonds that form among recruits during their “Rookdom.” Class of 1966 members recalled that period of time fondly, creating this commemorative cap for their 40th Reunion.