Essay: Being the “Outside Person” 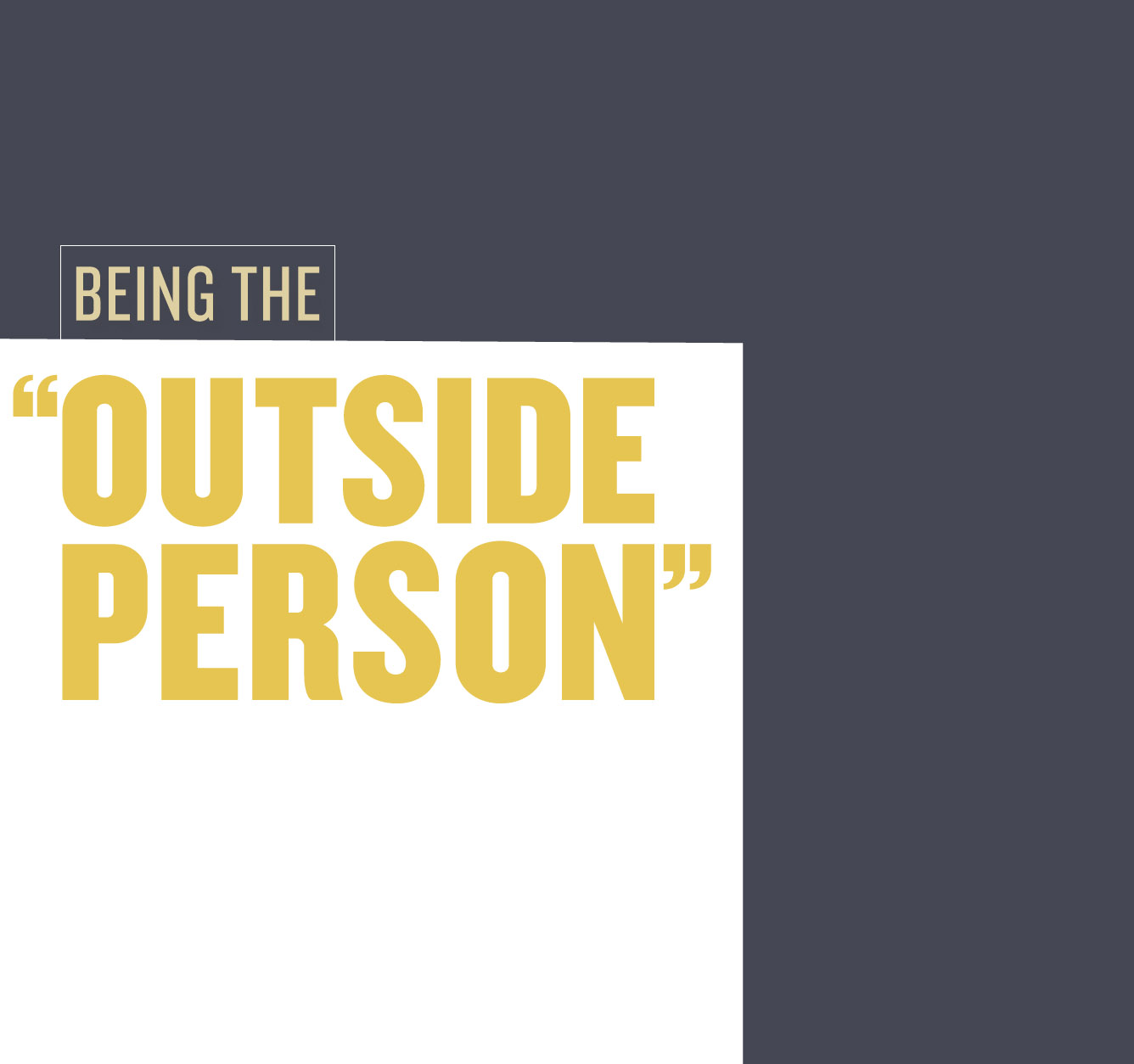 How international experience teaches cultural agility and why it matters to us all.

At this writing, the Islamic period of fasting called Ramadan has recently drawn to an end. I recall that only a year ago I was finishing my 14 years living in Turkey and teaching at an English-language university in Ankara. I did not fast during this month of spiritual reflection, commemorating the first revelation of the Quran to Muhammad. My students, however, did fast. I wanted to show respect for their faith and sympathy with their daylong deprivation of all food and drink (which, during summers, could last up to 15 hours). In class, I did without my usual coffee mug, normally a fixture of my hand. I did not chew gum walking through campus and did not eat out in public. Evenings during Ramadan often found my family as guests for an Iftar, the meal that breaks the fast at sundown. This meant sitting at a table laden with food waiting to hear the muezzin’s call to prayer from a nearby mosque—or simply watching the banner at the bottom of the television as it counted down the time for each city. I was always honored to be included in such traditions, with the added bonus of eating some of the best food in the world. Although, full disclosure, I did not care for kokoreç—grilled lamb intestines.

The saying “When in Rome” has become a kind of shorthand for going with the flow and doing what people around you are doing. When the IHOP waitress asked, “Do you want more pancakes,” I answered: “When in Rome!” The full quotation—When in Rome, do as the Romans do—suggests the intended, fuller meaning. It means that one should adapt one’s behavior to another’s home, country, and culture. On the one hand, this is simply good manners, something you would do at the home of a friend in Northfield, Vermont. On a deeper level, this is how we show empathy and respect to others, even when their faith, culture, or traditions are completely foreign to us. Adapting one’s behavior in a foreign country does not mean we become any less American. Respecting another’s faith does not mean disrespecting our own. But the experience should challenge our way of seeing and doing things and force each of us to view the world from a new perspective.

Such cultural adaptation includes the uncomfortable process of putting yourself in someone else’s hands and following the instructions of a cultural guide. This can be a humbling experience, as it forces us to acknowledge that someone knows more than we do about a culture and its traditions. The experience is not just uncomfortable, but it carries with it the high risk of embarrassment. In Japan, I have committed the faux pas of walking with my shoes on a tatami mat and using the soap in the common bath, thus ruining it for the next person. And that was in the same house on the same day! In short, I was the worst sort of gaijin: Japanese for “foreigner” (literally “outside person”). Gaijin sums up well that feeling of awkwardness and discomfort maneuvering through another country, worrying that we will make a misstep or cause insult—in short, of being an “outside person.”

While instinct may compel a person to avoid such discomfort, in fact, it should be embraced. That hyper-awareness of another country and its norms is part of a cultural agility and adaptability prized from Wall Street to Silicon Valley and from the military to the marketplace. It is also in the tradition of Norwich University. Alden Partridge led students on expeditions by foot a few dozen miles down the road. Today’s equivalent is an expedition by jet plane halfway around the world.

At Norwich, our students have many overseas study options, including established programs in Chengdu, China, and our CityLAB: Berlin campus. This fall, our first 17 students will attend the new EU NATO program in Strasbourg and Brussels that will include experiential learning trips to the EU Parliament, Eurocorps, Ramstein Air Base, and the U.S. consulate, among other stops.

The goal is to make such incredible and transformative experiences available to all Norwich students, by creating similar programs all around the world. From their first day, Norwich students should have a virtual buffet of foreign program options from nearly every continent. “Norwich” should become synonymous with “international,” as we equip students with the tools necessary to navigate an increasingly interconnected world. My message to students would be: “Get your passport now.” And, if you have the chance, try the kokoreç.

Edward Kohn, Ph.D., is a professor of history and dean of the College of Liberal Arts at Norwich University. A Teddy Roosevelt scholar, he is the author of four books, including Hot Time in the Old Town: The Great Heat Wave of 1896 and the Making of Theodore Roosevelt. He studied at Harvard University, Victoria University of Wellington (New Zealand), and McGill.