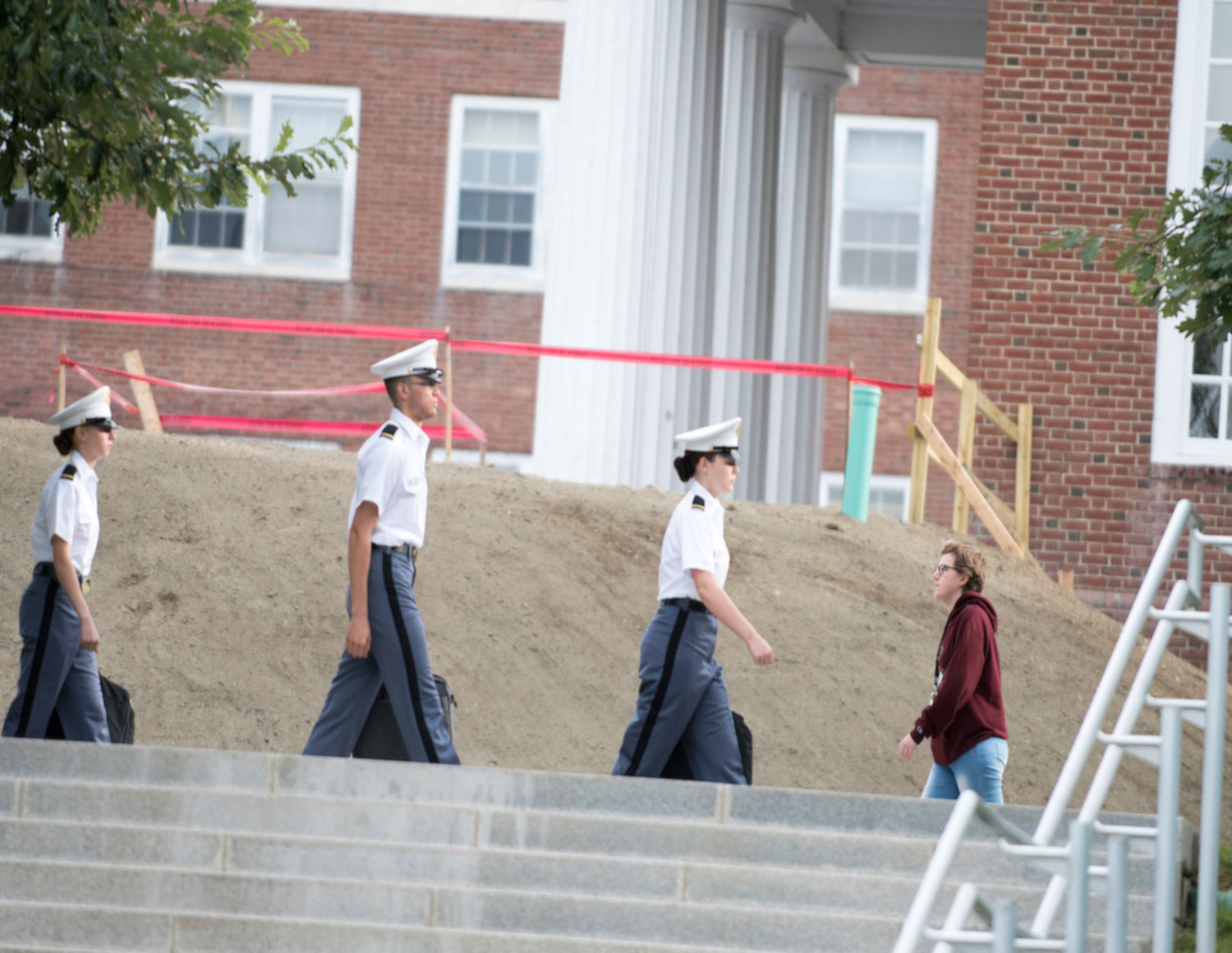 These newcomers bring the total number of enrolled in campus-based programs to about 2,400 students, which is the full capacity of the residential campus.

The Class of 2022 launches its Norwich career during the final year of the university’s largest comprehensive fundraising campaign in its history. “Forging the Future” aims to raise $100 million by the university’s bicentennial in 2019. Students arrived on campus to a brand new academic building, Mack Hall, as well as to renovations to existing buildings. Mack Hall features interactive classrooms; case-study spaces; pocket lounges; a high-tech, cyber-security War Room; and a 400-seat auditorium and performing arts center to host plays and musical events, symposiums and lectures, panel discussions and collaborative interaction. These construction projects have been completed as a result of and under the Forging the Future campaign.

“Norwich’s continuing ability to attract high-performing and motivated students to Vermont and our values-based education is evidence that our academic programs and experiential approach to education remain relevant to our mission of building and defending the republic,” President Richard W. Schneider said. With the arrival of the Class of 2022, Schneider begins his 27th year as Norwich’s president, one of the longest-serving presidents in the United States.