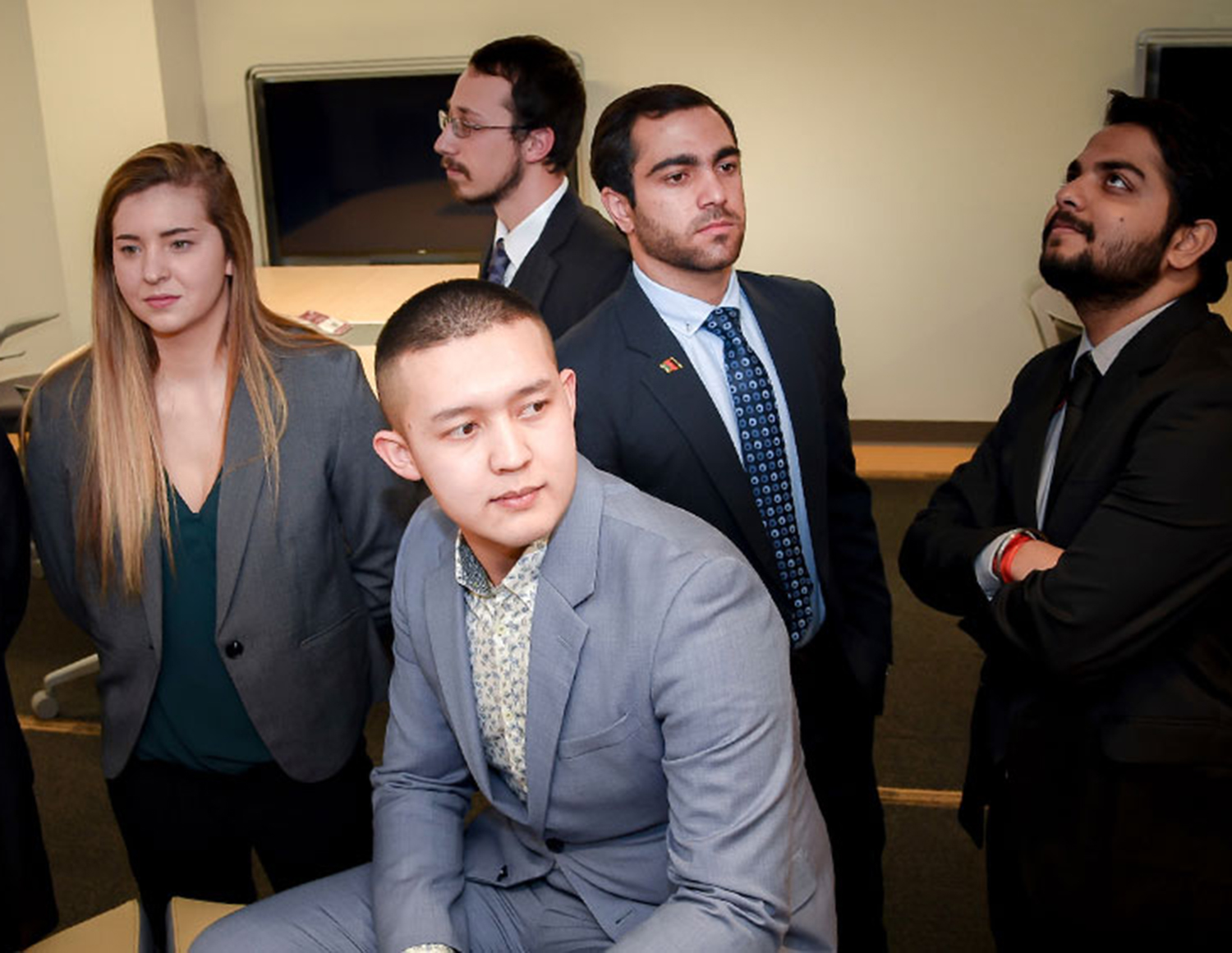 These Norwich University students were the winners of the national P2P (Peer to Peer) Challenging Extremism competition in 2017.

In the fall of 2016, under the guidance of criminal justice professor and NU Peace and War Center Director Travis Morris, the student team built the Extremist Mimicry Interception Tool (EMIT). An online campaign that mimics the tactics of terror-recruiting efforts, EMIT is designed to attract 18- to 35-year-olds already at risk for recruitment. They are diverted to a site where former members of terror groups tell stories about how they got out. EMIT hit a nerve: In its first month, the site attracted (and survived) 4,800 attempted attacks.

Along with three other finalists, the Norwich P2P team presented EMIT on February 1, 2017, to a panel of government officials and other leading experts in Washington D.C. At the end of the day, they learned they had won. The students brought home $5,000 to continue their work countering violent extremism.

Facilitated by EdVenture Partners, the competition was sponsored by the U.S. Department of Homeland Security with support from Facebook. The Norwich P2P team placed first out of 44 teams nationwide.