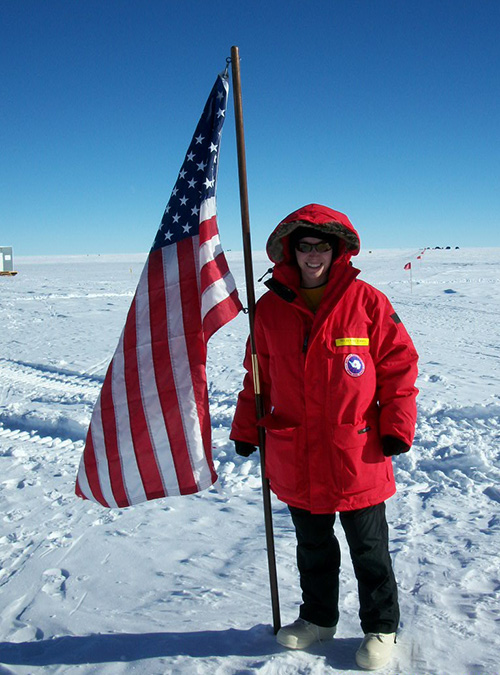 Alycia Farrell M’17 isn't an engineer. But with her growing expertise in cyber warfare, she is uniquely poised to advise experts in a range of professions—as well as the governments for whom they work. Her professional experience spans an uncommon Venn diagram: international relations theory, missile defense system architecture, and cybersecurity.

Farrell came into the NU College of Graduate and Continuing Studies with 15 years of experience as an appropriator, working on funding and policy for strategic and missile defense programs. She first heard the term “cyber” while serving as an analyst on former Alaska Senator Ted Stevens’ Department of Defense subcommittee, but only began to understand the significance of cybersecurity for weapons systems when analyzing how the U.S. would deploy them overseas.

“The nature of the weapon acquisition process and the constantly evolving threat we were trying to mitigate left little time for Congress to really consider the security vulnerabilities of the system.” And, while she was tasked with making decisions on funding and policy for such systems, she had no real technical appreciation of how the vulnerabilities worked.

“That was my inspiration and purpose for pursuing my master’s at Norwich, to get that technical training while advancing my understanding of international relations.” During her course of study, Farrell developed the technical acumen to identify and exploit critical expo¬sures, while honing the specialized knowledge to craft policies and procedures to prevent them.

Farrell—who grew up in Anderson, Alaska (population: 246)—recently married a Canadian military airman. They live in Halifax, Nova Scotia, where she is on the hunt for her next professional adventure. Much as she has since first entering college to study music, switching midstream to history, and graduating (two transfers and four schools later) with an international relations degree, Farrell is keeping an open mind and training as a cybersecurity professional—ready to answer the door when the right opportunity knocks.