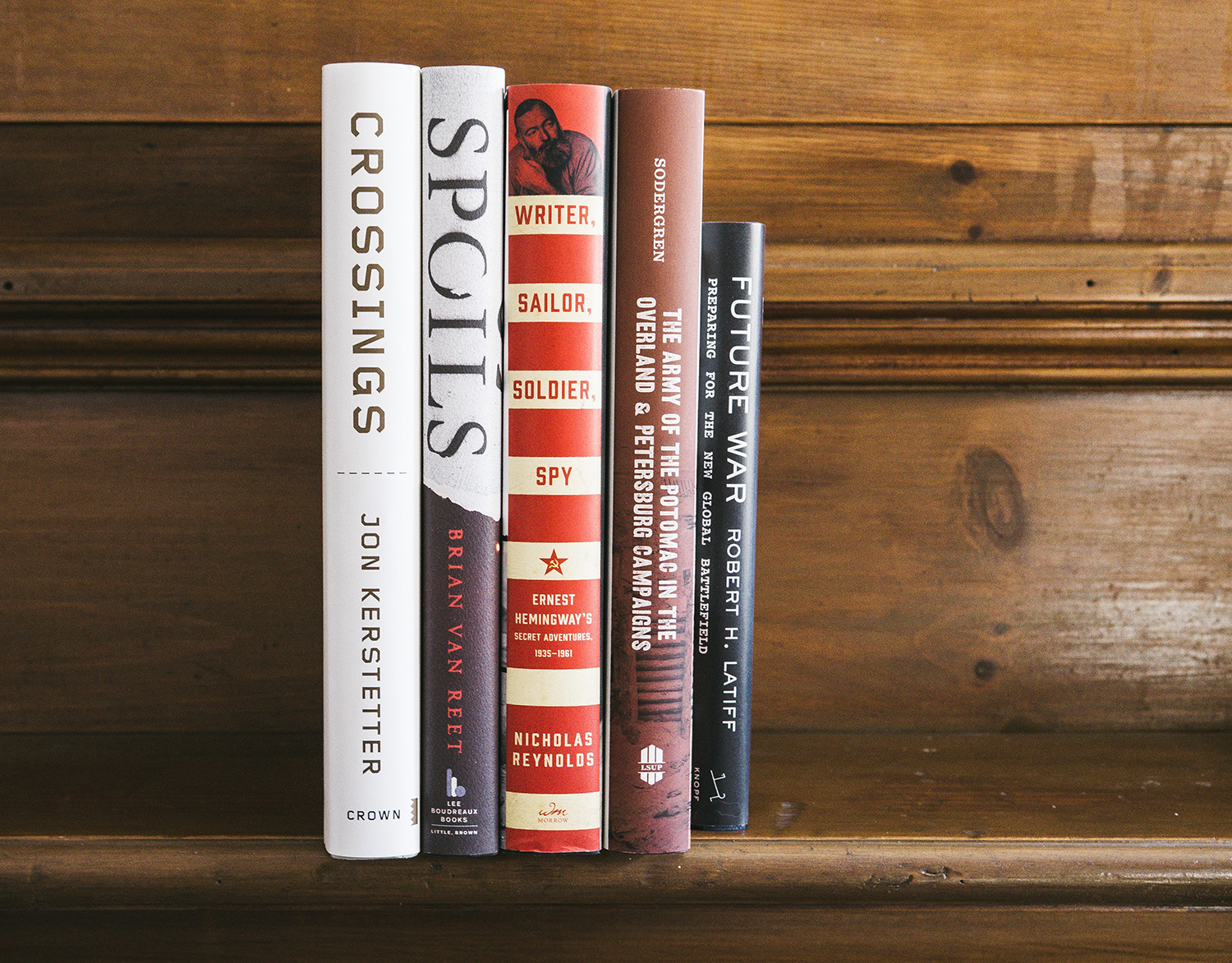 The finalists and winner of this year’s Colby Award— awarded annually by Norwich University during the William E. Colby Military Writers’ Symposium, a two-day celebration of military writing, authors, and ideas—make for engrossing summer reading.

Kerstetter’s memoir begins in poverty on Wisconsin’s Oneida Reservation and grows to encompass a remarkable life in medical service. The story of his work in military theater, which involved organizing the joint U.S.–Iraqi forensics team tasked with identifying the bodies of Saddam Hussein’s sons, is a bracing, unprecedented evocation of a doctor’s life at war.

In plain, jargon-free language, Lati maps out the changing ways of war and the weapons technologies we will use to fight them. A retired Air Force colonel and leading expert on the role of technology in war and intelligence, he explores the rami cations of constantly unfolding changes in technology and what it will mean in the future to be a soldier.

Reynolds illuminates Hemingway’s immersion in the life-and-death world of the revolutionary left, spanning his passionate commitment to the Spanish Republic, his successful pursuit by Soviet NKVD agents, his wartime meeting in East Asia with the future premier of the People’s Republic of China, and finally, his undercover involvement with Cuban rebels in the late 1950s.

The Army of the Potomac in the Overland and Petersburg Campaigns: Union Soldiers and Trench Warfare, 1864–1865
Steven E. Sodergren
LSU Press, 2017

The winner of this year’s Colby Award explores the story of the Army of the Potomac as they endured the brutal physical conditions of trench warfare. Sodergren, an NU history professor, draws from letters and diaries, military correspondence, and court-martial records to paint a vivid picture of the lives of Union soldiers as they witnessed the beginnings of a profound shift in the way the world imagined and waged large-scale warfare.

In April 2003, American forces have taken Baghdad and are now charged with winning hearts and minds. But this vital tipping point is barely recognized for what it will become, a series of miscalculations and blunders that will fan an already-smoldering insurgency. The Wall Street Journal calls Van Reet’s debut novel “The nest Iraq War novel yet written by an American.”