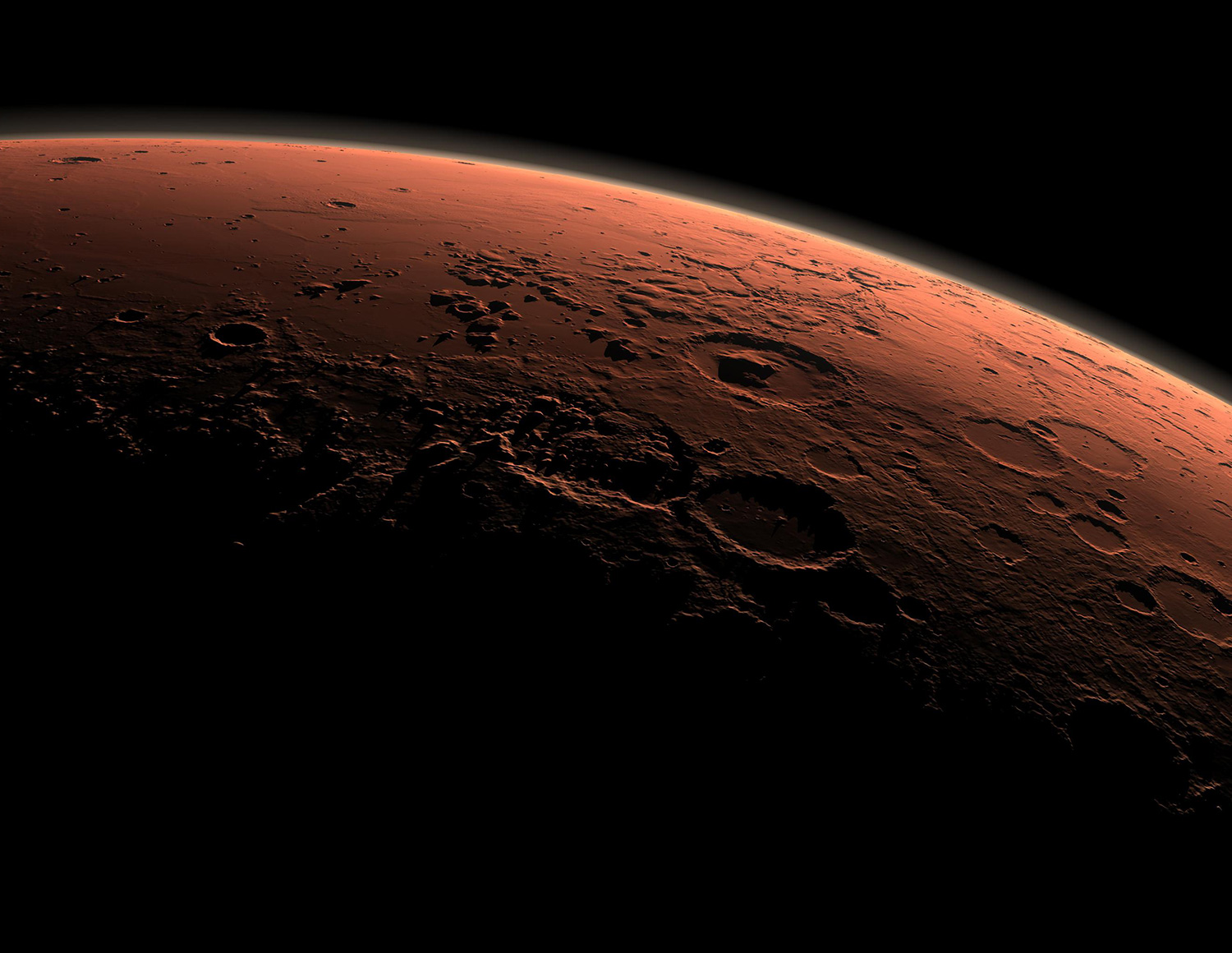 The challenge: Design a quarter-acre (1,000m2) solar array that can travel on a Mars-bound rocket squeezed into a payload the size of your average bathroom. And, oh yeah, make sure it will work in the extreme environment of Mars for 10 years or more and supply enough power to sustain a colony of 6 to 12 astronauts.

Norwich engineering majors solved that puzzle with style, taking first place at NASA’s 2018 Breakthrough, Innovative and Game-Changing (BIG) Idea Challenge in Cleveland, Ohio. The team beat out semifinalists from Princeton, Texas A&M, the University of Colorado Boulder, and the University of Virginia to win $6,000 in prize money and the offer of NASA internships.

“NASA really liked the idea of an inflatable array that just sits on the ground,” says Bradke, a Norwich assistant professor of mechanical engineering.

NASA judges said NU’s design was the one they felt they could go out and build tomorrow and send to Mars.

Huyler and mechanical engineering majors Tyler Azure ’18, Nicole Goebel ’18, Laurie King ’18, and Braeden Ostepchuk ’18 began working on the project in August, taking it on as their yearlong senior capstone, a requirement for all engineering majors.

Among their challenges: how to deal with the ample dust, dust storms, and hurricane-force winds found on Mars.

With the array’s many small panel units shaped like sagging hammocks, wind-blown sand can ow down the sides and drain through open seams in the center. Meanwhile, numerous gaps in the array’s open ladder structure enable 110 mph winds to pass through it, rather than loft it like a kite.

Asked what he likes best about his team’s design, Azure points to its novel structure. “It’s just something that you don’t see every day when people are building things—something in inflatable.”

Last year, a different team of Norwich senior engineering majors, also led by Bradke, won first place in another NASA contest, one to develop an exercise machine for astronauts working in space for long periods, such as those aboard the International Space Station. Rather than create a space-age take on Bowflex, the engineers designed a spacesuit with built-in resistance in the joints. Wear it and you work out all day. Genius. And exactly the kind of inspired thinking NASA wants.

As for the contest winners, the NU engineers have formed their own startup company and have applied for a $125,000 grant from NASA’s Small Business Innovative Research Program to support six months of additional work on the project. A number also plan to intern with the space agency. “To work with them, it opens a lot of doors,” Azure says.

Bradke says the team will face increasingly stiff odds as they look to scale a narrowing federal grant and contract funnel to advance their work. But he adds that they’re young and have nothing to lose. “I’ve told them, ‘Who knows? You could be the future of solar array technology in space.’”