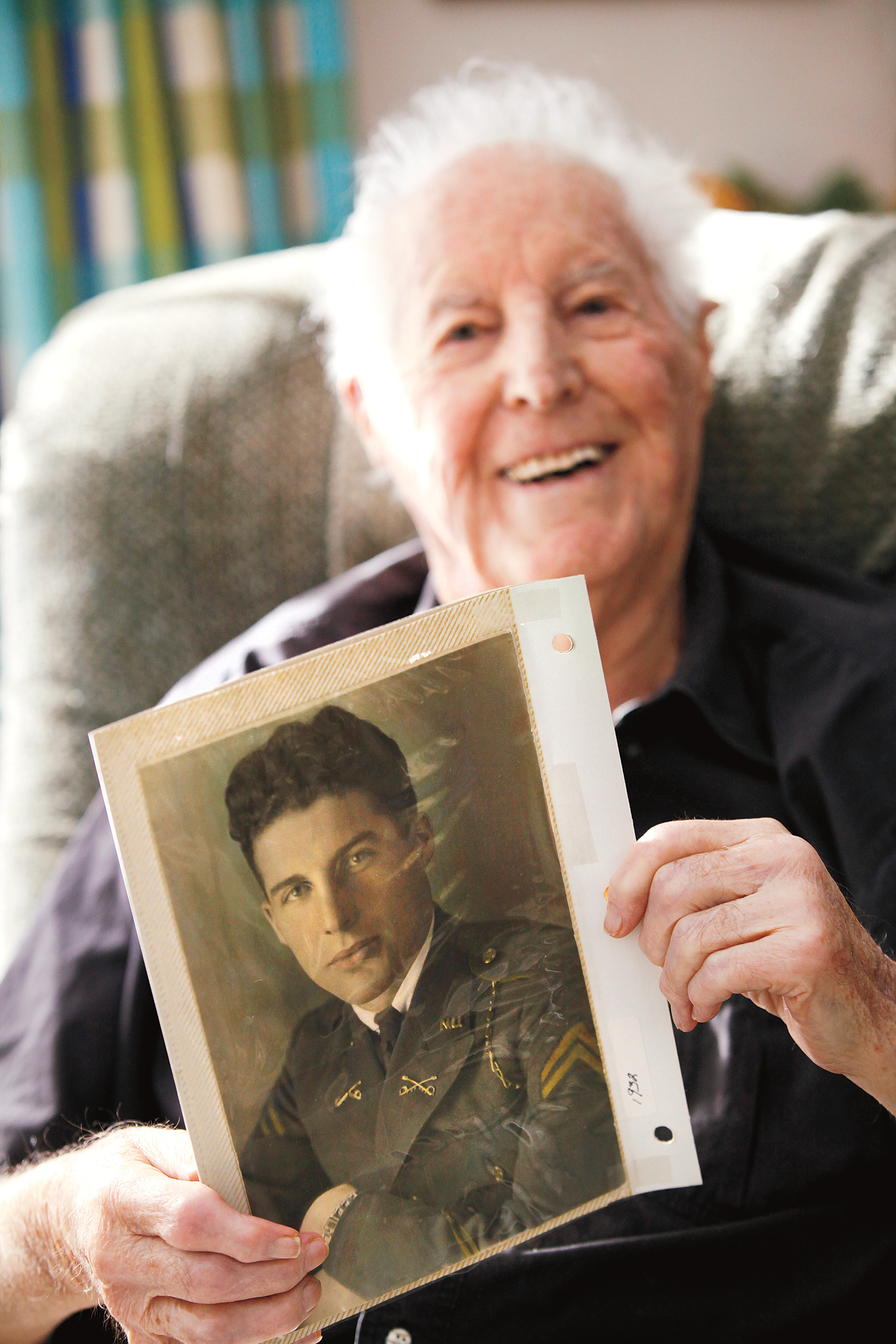 Maurice “Mo” Smith attended Norwich from 1931 to 1934, arriving at a time when the Corps of Cadets still trained on horseback. He taught high school until the dawn of WWII, when he was assigned to the U.S. Army First Armored Division. There, he would achieve the rank of colonel. In 1955, following his retirement from the Army, he returned to Norwich as an assistant commandant—hired on the spot by General Harmon. He later became the university’s first full-time registrar. Mo lived to be 106, captivating those of us who knew him with his zest for life and his love of Norwich.

Knowing Mo was an honor and privilege. He was an amazing man who graced us with his stories of old NU and his time in the service. I met Mr. Smith (he would insist on “Mo”) during my first alumni weekend as an NU employee in 2012. His passion and pride for both his country and university gave me a glimpse of what Norwich was, and is still.

Over the years, I had the honor of chauffeuring Mo during Homecoming parades. I would bring him a cup of hot chocolate and a warm woolen NU-issue blanket for the ride, in case he grew cold. In his company, I saw what it meant to lead the charge. Alumni would storm our golf cart seeking a chance to shake his hand. Students, especially those in the Corps of Cadets, clamored for the privilege of delivering his meals, knowing they’d be treated to stories.

Until the passing of the Honorable Dan Fleetham ’34 in 2016, the two of them could often be found playing cribbage during Homecoming. As the driver of their cart, I witnessed up close the eruption of energy when they rolled onto Sabine Field at the head of the alumni parade. When Mo became the sole bearer of the Class of 1934 guidon, he held it as a beacon, a guiding force to light our way. It was as if he were holding us all in his hands. That was his way.

His memorial service in February was met with the same vibrant love as his Homecoming entrances onto Sabine Field were. Joined by the Corps of Cadets in formation, a great procession of family, friends, and alumni gathered to honor his life and legacy. It was remarkable to see how many lives Mo touched, how many people, like me, that he inspired.

Mo came to call me his long-lost daughter. He leaves me with the hope that one day, I can inspire others as he did, with comical, sometimes heart-wrenching, and always meaningful, stories. Mo Smith ’34 poses with his Norwich senior portrait in 2013 at age 102.