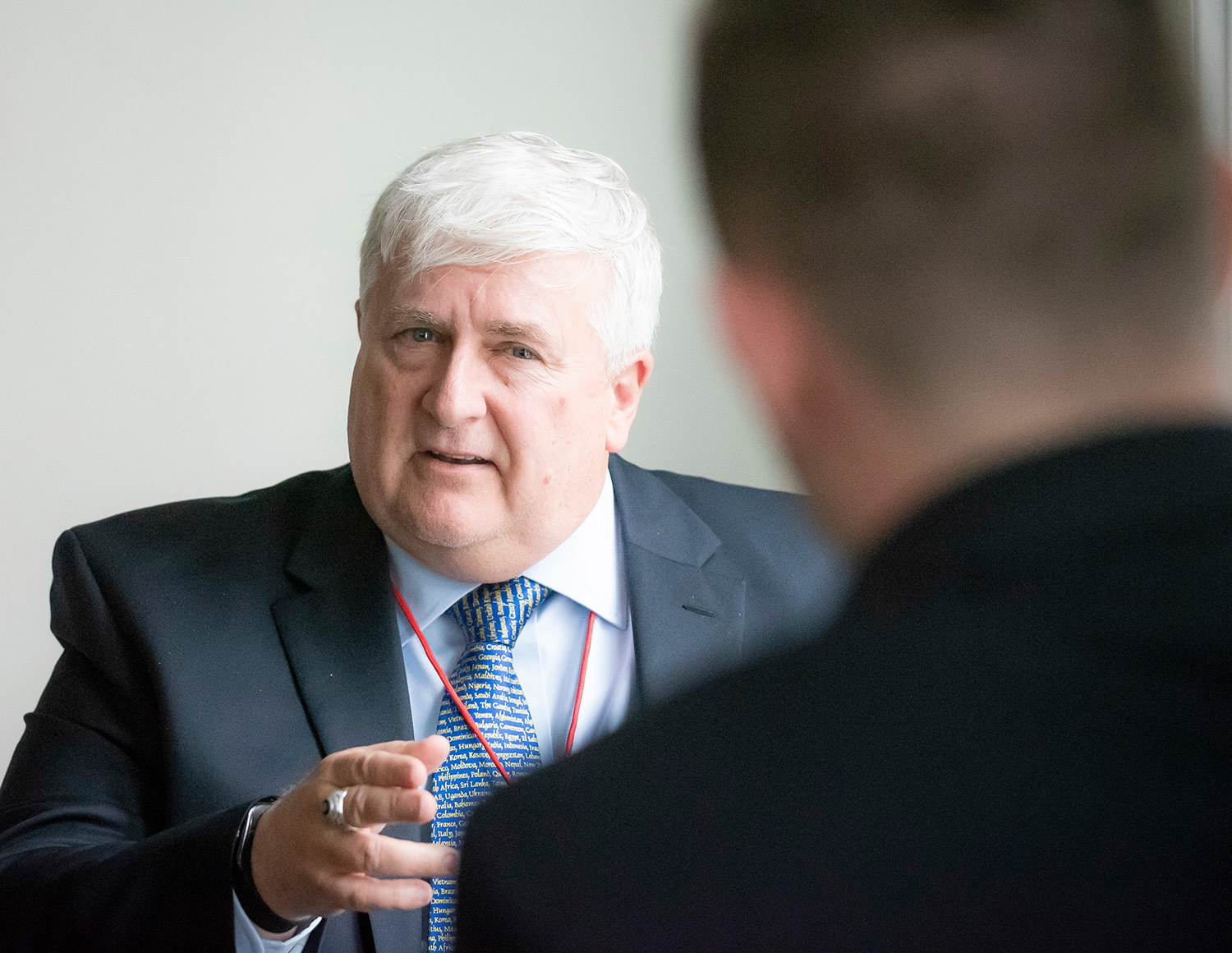 An unlikely lawyer gives back.

Richard Prevost ’76 (pronounced “PREE-voh”) took the LSAT on a dare, goaded by his then-roommate, Tom Kelly ’76.

Prevost, whose undergraduate degree is in biology, laughs at the memory. “It’s a Norwich thing,” he explains. “Tom was a triple major, and he reminded me every day that unlike I, he was a ‘serious’ student. We both took the LSAT to see who gained the most from our Norwich education.”

Two years later, Prevost had a Syracuse University law degree and a post in the U.S. Army JAG Corps, the start of a long career in government service.

Following JAG duty, Prevost stayed in the Army Reserves while working as an attorney in the federal service. In 2007, he joined the faculty of the National Defense University’s Eisenhower School. There, he developed an ethics curriculum and led the institution’s capstone energy industry seminar. Today, as principal of his own consulting firm—Energy, Ethics, Acquisition and Education Services—he advises government contractors and private citizens.

Throughout, he never forgot Norwich.

For the past ten years, Prevost has mentored undergraduates seeking career advice during NU’s annual Coaching for Leadership program. “My value to students, I believe, is in my nontraditional path,” he says. The self-professed introvert speaks openly about overcoming his natural tendency to avoid the center of the room. “My mentors helped me find the courage to seize opportunity, and I hope to pass on this lesson.”

Prevost also chairs the Board of Fellows for the College of Science and Mathematics (COSM), working with fellow board members and COSM Dean Michael McGinnis to identify and tap novel resources to support the research, scholarship, and advancement of students and faculty. Prevost says someday he would like to see a terminal degree program at Norwich—even if it’s in a discipline he “wouldn’t personally be interested in.”

Richard Prevost ’76 coaches Nate Moody ’18 through an elevator pitch during a recent Coaching for Leadership event on campus. “The Empire State Building has 86 floors, so we’ve got some time,” he says with a wink. Prevost rarely misses the event and frequently traveled from Japan—where his wife, Mary Ellen, previously worked as a teacher—to attend. The couple now lives in Springfield, Va. Photo by Mark Collier