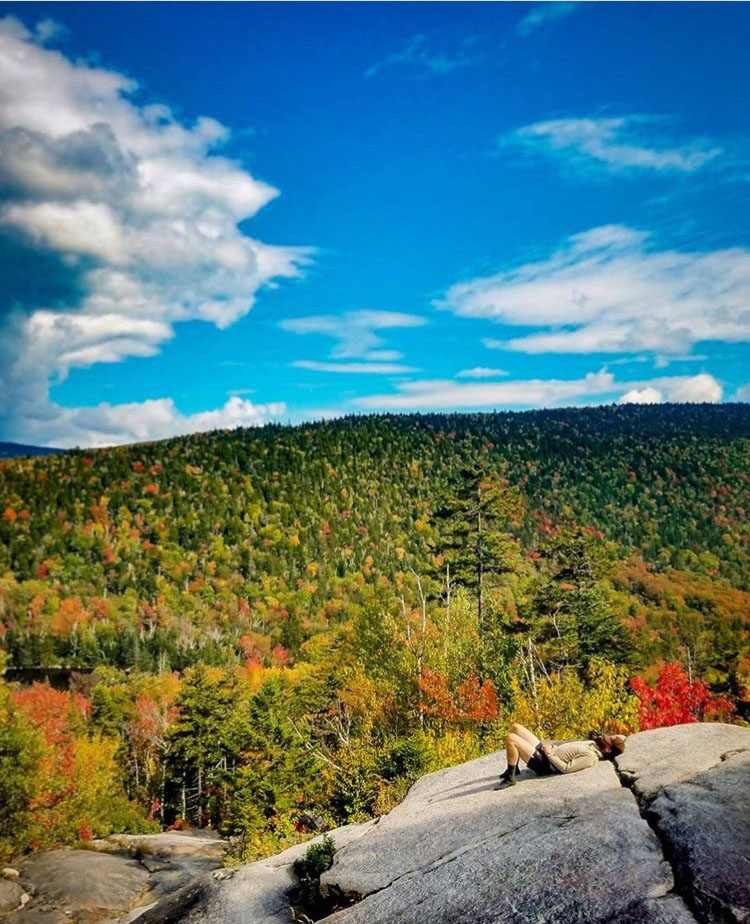 Blood Mountain, Georgia, is where 70 percent of Appalachian Trail thru-hikers give up. It’s also where at this time last year, just weeks after his Norwich graduation, Tomas Maciel ’17 took stock. With 55 pounds on his back, he had hiked the first 100 miles of the storied wilderness path from Georgia to Maine. He still had 2,090 miles to go.

In the early days of his journey, the trail had a touristy vibe, teeming with day hikers out to enjoy the weather. As his feet carried him north, the crowds thinned, and Maciel began to encounter more serious travelers. He also encountered bears, more poisonous snakes than he could count, moose, porcupines, and wild ponies. He walked through wilderness areas 47 miles removed from the next shelter, along highways, down the main streets of towns. He swam every day, bathing in streams and ponds. Strangers helped him. He helped strangers.

Listen to Tomas Maciel talk about his experience hiking the Appalachian Trail in the podcast Norwich Odyssey: The Value of Emotional Intelligence (Summer 2018).

He pulls back his sleeve to reveal a scar. “Slipped on a bridge, caught a bolt to my forearm.” Superglue in his first-aid kit sealed the wound. He pressed on. In New Jersey, he caught poison sumac. In New York, with only half a jar of peanut butter left, Maciel ran out of money—miscalculating the debit card transfers he used to cover basic expenses. “It was pretty scary. I never made the mistake again of not packing enough food.” In September, he became violently ill after drinking contaminated water, dropping 12 pounds in two weeks. Finishing the trail became a sheer test of will. By the time he reached New England, he was covering over 20 miles a day. “It got to the point where I was not really stopping, not really looking at anything. I stopped taking photos.”

On October 6, 2017, a 25-degree day with low clouds and whipping wind, he raised his Norwich ag on the peak of Mount Katahdin—officially the end point, but not for Maciel. On good advice, he had skipped ahead to climb Maine’s highest peak before the trail closed for the winter, then returned to Vermont to complete the hike, ending at the Massachusetts-Connecticut border.

Tomas Maciel walked for five months. During that time, his youngest brother graduated from high school and entered boot camp at Parris Island. His middle brother, also a Marine, deployed to Korea. Meanwhile, he lost 72 pounds and two inches, shrinking from 6'5" to 6'3". A vein in his leg collapsed during the hike. He learned that his beard was red and that the violent illness he’d contracted from tainted water was giardia, a parasite. And, while he met people and made friends along the way, mostly he traveled by himself.

Today, Maciel is still 6'3" and doesn’t throw food away, “ever.” His thru-hike diet of mostly ramen noodles, instant potatoes, and peanut butter has left his stomach shrunken. His body will be slow to readjust to certain foods. He picks up a lot more trash.

Asked what he learned about himself on the Appalachian Trail, Maciel disappears into his thoughts. Returning to the present, he replies, “That I can be alone.”