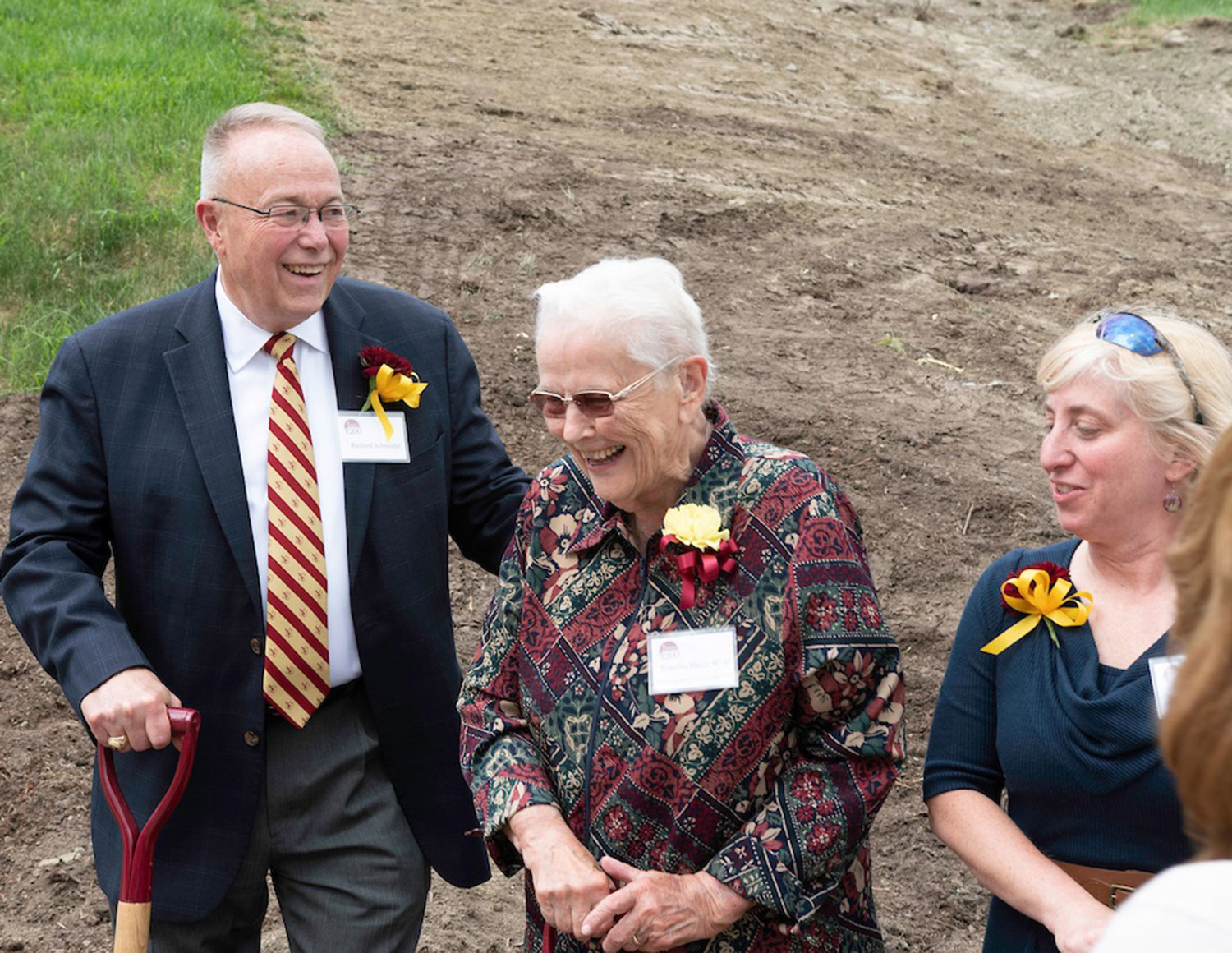 On Thursday, May 31, 2018, Norwich University broke ground for a new granite stairwell that will bear the names of 78 individuals to be memorialized as part of Norwich’s 200th anniversary.

The Bicentennial Stairs will be constructed between the southeast corner of the Upper Parade Ground and the Sullivan Museum and History Center. The 78 names selected for this monument include Norwich leaders, distinguished alumni, honorees from military and civilian careers, and those who represent “firsts” of the university. They serve as a tribute and daily reminder of those who personify Norwich Founder Capt. Partridge’s ideals and exemplify Norwich’s mission “to make moral, patriotic, effective and useful citizens.”

In 1919, a granite stairway was constructed at the northeast corner of the Upper Parade Ground in celebration of Norwich’s centennial. Each of the 40 granite steps bears the name of an individual considered important in Norwich’s first 100 years. The Bicentennial Stairs will pay tribute to individuals who made important impacts in the university’s second century.