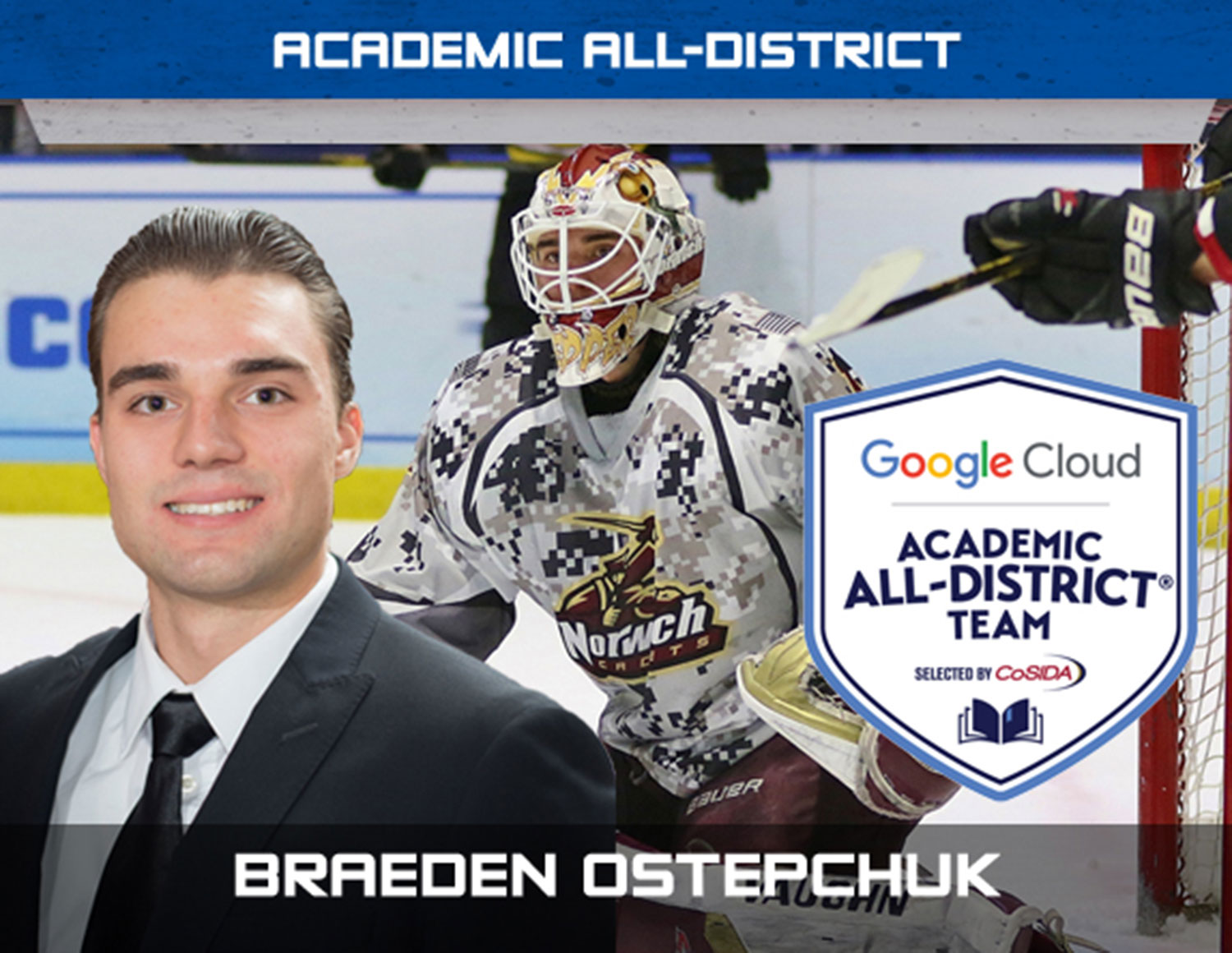 Ostepchuk is the first three-time Academic All-District honoree in Norwich University history. Last year, he became just the second two-time CoSIDA Academic All-American in school history and the 11th overall selection after earning First Team At-Large category honors in 2017. He was named to the Third Team in 2016.

The CoSIDA Academic All-American program recognizes the nation's top student-athletes for their combined performances athletically and in the classroom.

Ostepchuk was one of 10 student-athletes selected to the District I Region team.

Ostepchuk held a 4.0 cumulative GPA through all eight semesters at Norwich as a mechanical engineering major. He won the Freshmen Award for having the top GPA in the entire freshmen class last year. He is a four-time University scholar, three -time NEHC All-Academic team selection and also won the Freshman Engineer Award. He has also volunteered with Special Olympics events on campus and participated in the National Walk to School Day event with local community school children.

Ostepchuk became the fifth NU men's ice hockey player in the last nine years to win the prestigious NCAA Elite 90 Award at the 2017 NCAA Men's Ice Hockey Championship for having the highest cumulative GPA out of all the student-athletes at the championship.

He also had a lead role in the Norwich University student team that won the third annual NASA Big Idea Challenge in March for their prototype that focused on an innovative flexible solar array design using inflatable booms to provide a compact stowed configuration and low launch mass for implantation on Mars.

On the ice, Ostepchuk had another historic season becoming the program all-time leader in career shutouts and moving all the way up to second on the all-time goalie win list with 51 career victories.

In 2016-17 as a junior, Ostepchuk backstopped the Cadets to the program's fourth NCAA Division III National Championship. He led the nation with a perfect 16-0-0 record for a 1.000 winning percentage, becoming the first NU goaltender to accomplish that feat in program history.