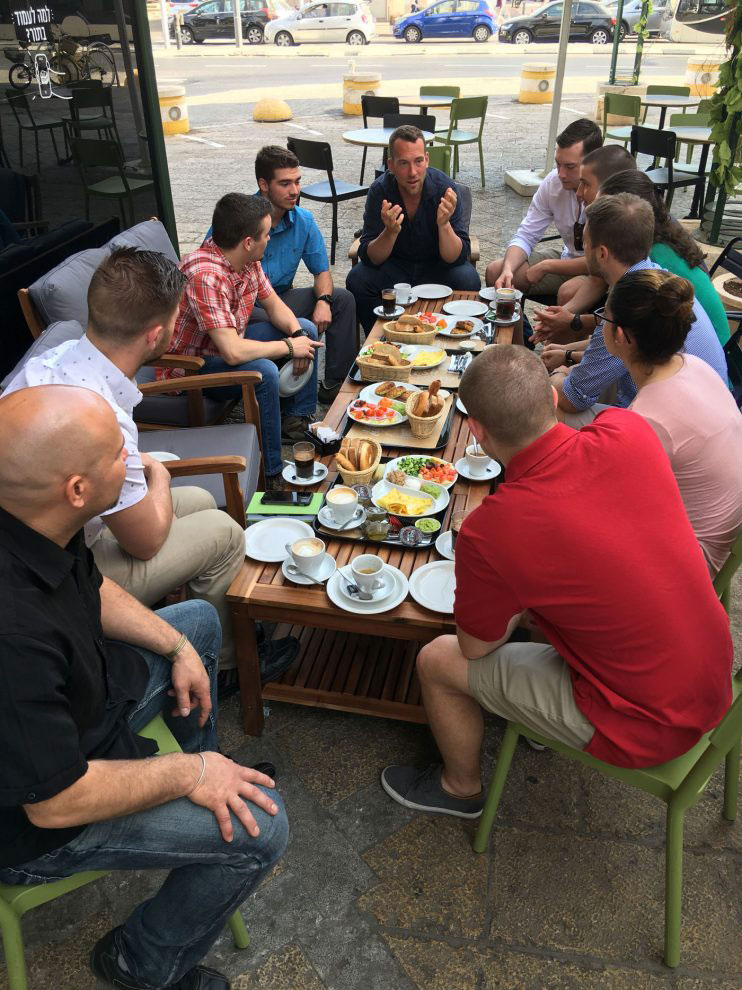 For the fourteenth year in a row, Norwich University has earned a $20,000 grant from the Olmsted Foundation to support the Peace and War Center’s Overseas Cultural Immersion Trip to Israel for students to study the Israeli-Palestinian conflict firsthand.

The grant allows seven Norwich students who are on a commissioning track as active duty officers in the United States military to travel abroad to speak to the people and visit the places in person who comprise a relevant international conflict, free of any charge to the student.

“Thanks to the Olmsted Foundation’s focus on internationalizing American military officers, this grant allows Norwich’s future leaders an immeasurable international experience at no cost to the student,” Peace and War Center Director Travis Morris said. “This experience transforms students, tests their leadership skills through task assignments, and deepens greatly their understanding of these complex conflicts. This experience ultimately makes them smarter and more experienced military officers.”

This is the fourteenth year Norwich has received such a grant from the Olmsted Foundation. Since 2005, approximately 60 students have benefitted from this grant and have travelled to: Tanzania, Macedonia, Kazakhstan, Vietnam, Croatia, Senegal, El Salvador, Chile, Turkey, Georgia and Israel.

New this year, two additional students not supported by the Olmsted grant will also participate to diversify the group. The Peace and War Center will choose and support a cadet planning to pursue an officer post with the Department of Homeland Security’s United States Coast Guard. An added layer of internationalization will complement the group through the participation of a cadet from and supported by the Royal Military College of Saint-Jean in Montreal. Peace and War Center students will travel up to Montreal to interview candidates for that position, which will fill the role as the Palestinian perspective contact. Other student roles include: team leader; communication officer; logistics officer; team analyst responsible for the out-report; travel coordinator; budget officer; Israeli perspective; and international perspective.

The Olmsted Foundation provides financial support to the three Service Academies and four of the Senior Military Colleges for these short-term immersion trips, which often provide the undergraduates with their first exposure to a foreign culture.

“We developed skills that will help us sort through floods of information and perspectives to form professional and culturally aware analyses, a skill that will be highly valuable in our futures as officers,” Cadet Elizabeth Gregory said of the 2017 trip to Israel.

Since 1959, the Olmsted Foundation’s Scholar Program has challenged young military officers to learn a foreign language and pursue graduate studies in that language at a foreign university. The Olmsted Foundation was created through an endowment from Gen. George Olmsted, an Army major general who served with distinction in World War II and went on to become a philanthropist and a successful businessman in the insurance and banking industries.