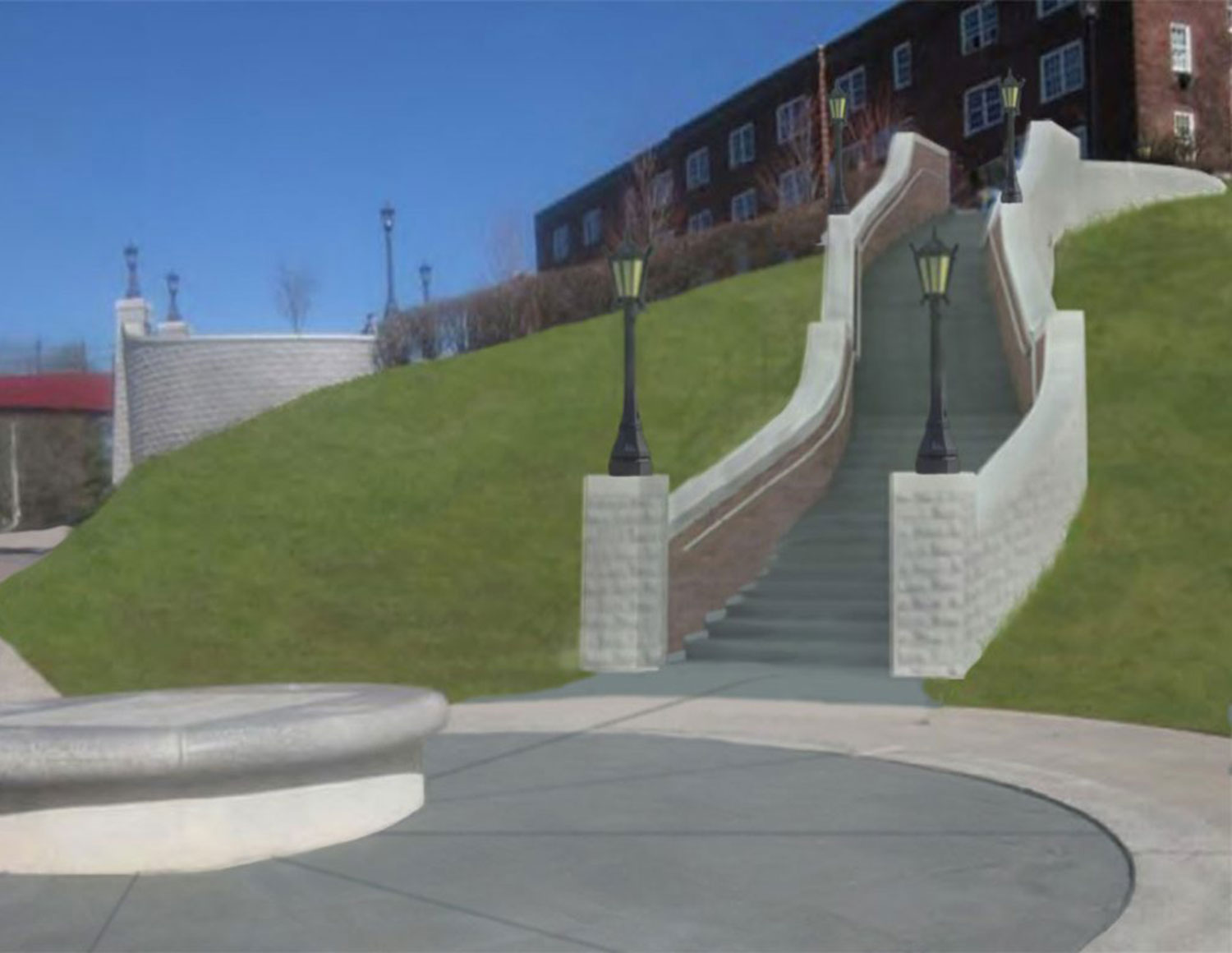 Norwich University announced the names of 78 individuals who will be memorialized on the Bicentennial Stairs as part of Norwich’s 200th anniversary.

As part of Norwich’s Bicentennial, stairs will be constructed between the southeast corner of the Upper Parade Ground and the Sullivan Museum and History Center. The 78 names selected for this monument include Norwich’s leaders, distinguished alumni and others from military and civilian careers and those who represent ‘firsts’ at the university. They serve as a tribute and daily reminder of those who personify Norwich Founder Capt. Partridge’s ideals and exemplify Norwich’s mission “to make moral, patriotic, effective and useful citizens.”

A granite stairway was constructed at the northeast corner of the Upper Parade Ground in celebration of Norwich’s centennial in 1919. Each of the 40 granite steps bears the name of an individual considered important in Norwich’s first 100 years.

The groundbreaking ceremony for the bicentennial stairs will take place at 2 p.m. Thursday, May 31, at the Sullivan Museum and History Center. The project will be completed and dedicated in September 2019, as part of Homecoming Weekend festivities.

Among the Bicentennial Stairs honorees are: Tracey Poirier, NU 1996, Norwich’s first Rhodes scholar; Richard W. Schneider, Norwich’s current and longest-serving president; and members of longtime Vermont families such as Charles Dole, NU 1869, who served as acting president and a trustee; William Mayo, a Northfield physician who created a scholarship that boosted enrollment after the Civil War; and Paul Carrara, NU 1959, former President of J.P. Carrara & Sons and a trustee; along with many others. View the entire list of Bicentennial Stairs honorees.

The Bicentennial Stairs are part of Norwich’s $100 million Forging the Future campaign. The largest fundraising effort in the university’s history, the focus of the campaign is on creating a state-of-the-art learning environment, strengthening academic programing and growing scholarship endowments.