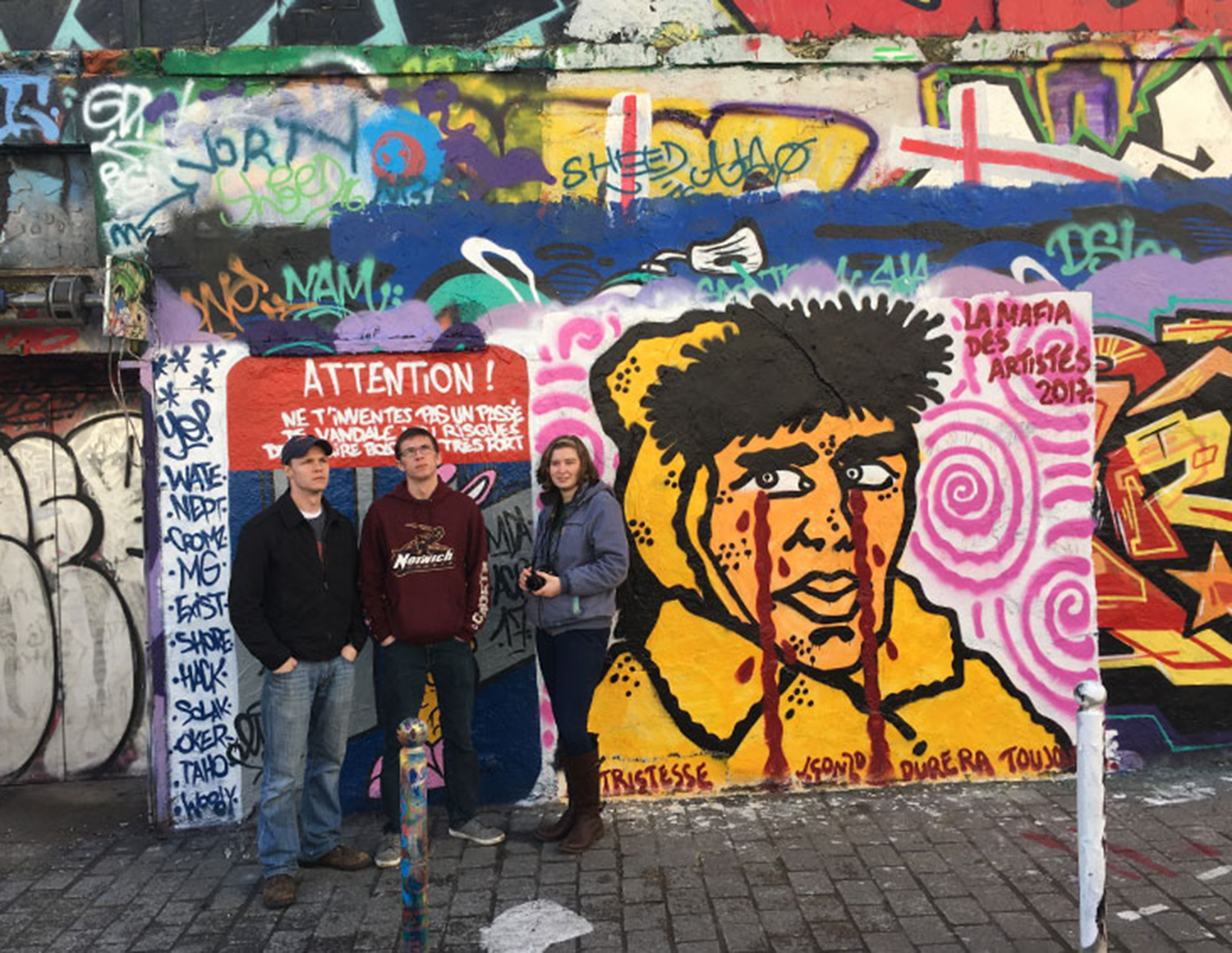 Norwich University has partnerships with many international institutions. What sets CityLAB:Berlin apart is that it is fully operated by Norwich University. And, it's in the heart of a European city that, fewer than 30 years ago, served as a literal dividing line between freedom and oppression.

It was a surreal day on November 10, 1989, when tens of thousands, mostly young people, convened at the Berlin Wall to call for the end of communism in Germany. The day before, under immense pressure, East German officials opened the wall and declared that its citizens could travel freely between east and west. The demonstrators asserted that the 87-mile-long structure was obsolete and should come down. The image is heart-stopping—students astride the wall, engaging with East German guards below in the zone aptly called No Man’s Land. It was the beginning of a swift and bloodless toppling of communist regimes throughout Europe. The specter that had hung over civilization began to lift, and soon it became difficult to believe that the wall, with its barbed wire and armed guards, could have ever existed in the first place.

Today, what remains of the Berlin Wall stands as a reminder of a history not to be repeated.

Today, there is one Germany, and one Berlin, a progressive, cosmopolitan, pedestrian- and bike-friendly city rich with offerings. It seems symbolically fitting that Norwich University’s first independent international satellite campus is seated amid this momentous cultural revival, resting on the healing scar of a great crack in modern civilization.

The NU Berlin program had its origins with Art Schaller, professor of architecture, who wanted to offer Norwich architecture students an opportunity to study abroad. He designed the curriculum for the Architecture + Art program, and David Ward, professor of German, built the language component.

In 2006, the School of Architecture + Art sent the first architecture students to Berlin for a semester-long study-abroad experience; at the time, a third-party administrator ran the operation. “In 2012 the third-party provider went bust, and Norwich made the leap,” says Professor Christian Dengler, program director. “Thus was born CityLAB:Berlin of Norwich University.”

The offerings have since expanded. Learn more about CityLAB:Berlin.