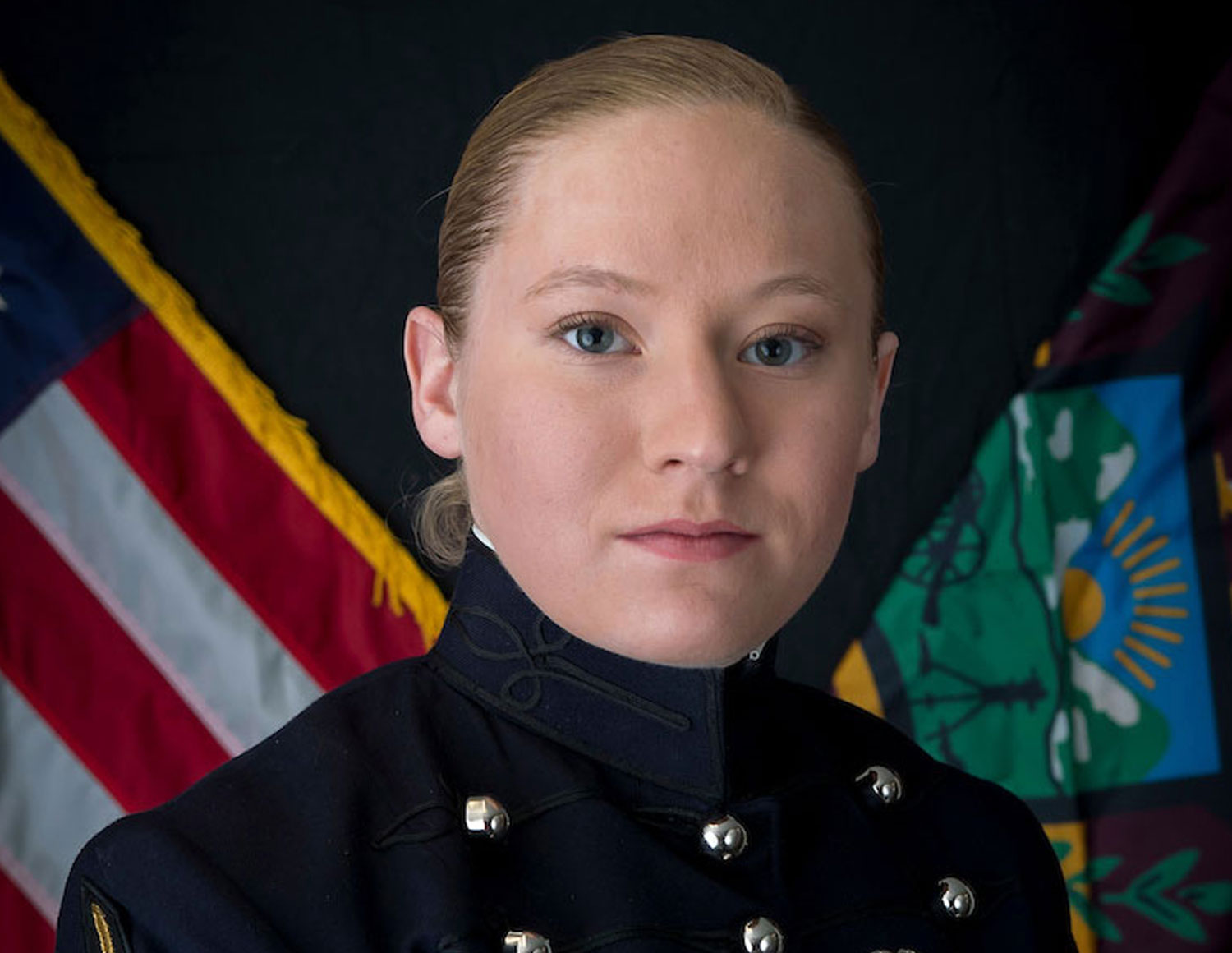 Norwich University President Richard W. Schneider and Commandant of Cadets Col. Michael Titus announced that Morgan Woods, of Newton, Mass., has been selected to serve as the 2018-19 Regimental Commander, the highest-ranking cadet of Norwich University’s Corps of Cadets (NUCC).

Cadet Command Sergeant Major Woods is a Psychology major and student-athlete, serving as assistant captain on the women’s rugby team. Woods also serves on the Student Athletic Advisory Committee; the Honor Committee; is president of the Psi Chi Honor Society; and a member of the Sigma Delta Pi honor society. Woods is one of seven students selected to travel to the Israel/Palestine region this spring as part of the Olmsted Foundation-supported Overseas Cultural Immersion Trip through Norwich University’s Peace and War Center.

Woods plans to commission into the Army after graduating in May 2019.

“Throughout the interview process, Morgan stood out as a no-nonsense, tough leader,” Titus said. “She’s articulate, intelligent and balanced. She has the right set of skills and, more importantly, the right attitude to lead the Corps through a challenging organizational restructuring and into our bicentennial year.”

Woods and next year’s cadet officers and NCOs will be formally promoted during a Corps of Cadets Review with Change of Command Ceremony on Friday, May 4, 2018. The ceremony will be held on the Upper Parade Ground at 3 p.m. and the public is invited to attend.