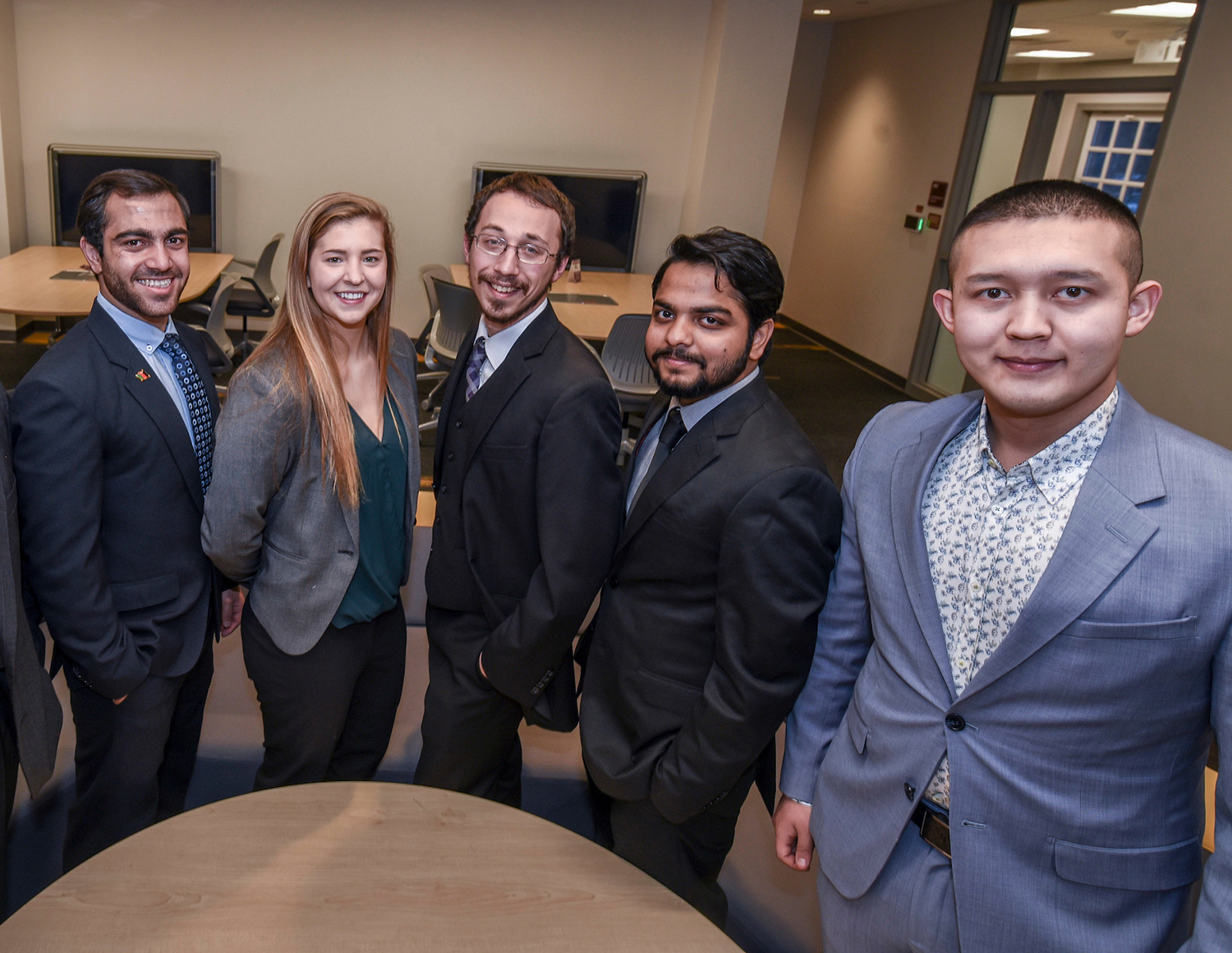 The Norwich EMIT team competed today, Wednesday, Feb. 1, in Washington, D.C. Three other finalist teams presented their work. Judges comprised a panel of government officials, a Facebook representative and leaders within the counter-violence extremism realm. Winners, who take home $5,000 to continue their work countering violent extremism, were announced at the end of the day. The four finalists were chosen from 44 teams competing nationwide.

Norwich EMIT is made up of five students: Emran Babak, of Kabul, Afghanistan, a first year student majoring in international studies and international security; Akshay Awasthi, of New Delhi, India, a senior in computer security and information assurance; Yushan Xireli, of Ürümqi, China, a junior in international studies; Naomi Rinaldo, of Middlefield, Conn., a sophomore, political science major; and Jacob Freeman, of Wake Forest, N.C., a senior in studies in war and peace. Their faculty advisor (pictured above, left) is Prof. William “Travis” Morris, the director of the Peace and War Center.

The team was chosen through Norwich University’s Peace and War Center to take on the challenge of building a tool to counter violent extremism. P2P: Challenging Extremism is a global competition sponsored by the U.S. Department of State along with support from Facebook and facilitated by EdVenture Partners. The students’ work was done outside their normal classwork.

The Norwich team created a tool, EMIT, which can be used as a template to target any violent extremist group. They constructed a campaign online that mimics the style and tactics of the target group’s recruiting efforts to attract 18-35 year olds to a site where former members tell their stories of getting out of violence. They call their strategy, “flipping the script,” on potential converts.

Students considered their site a success when, in the first month it was live, it attracted (and survived) a record 4,800 attempted attacks against it.

Judges for the final contest were: