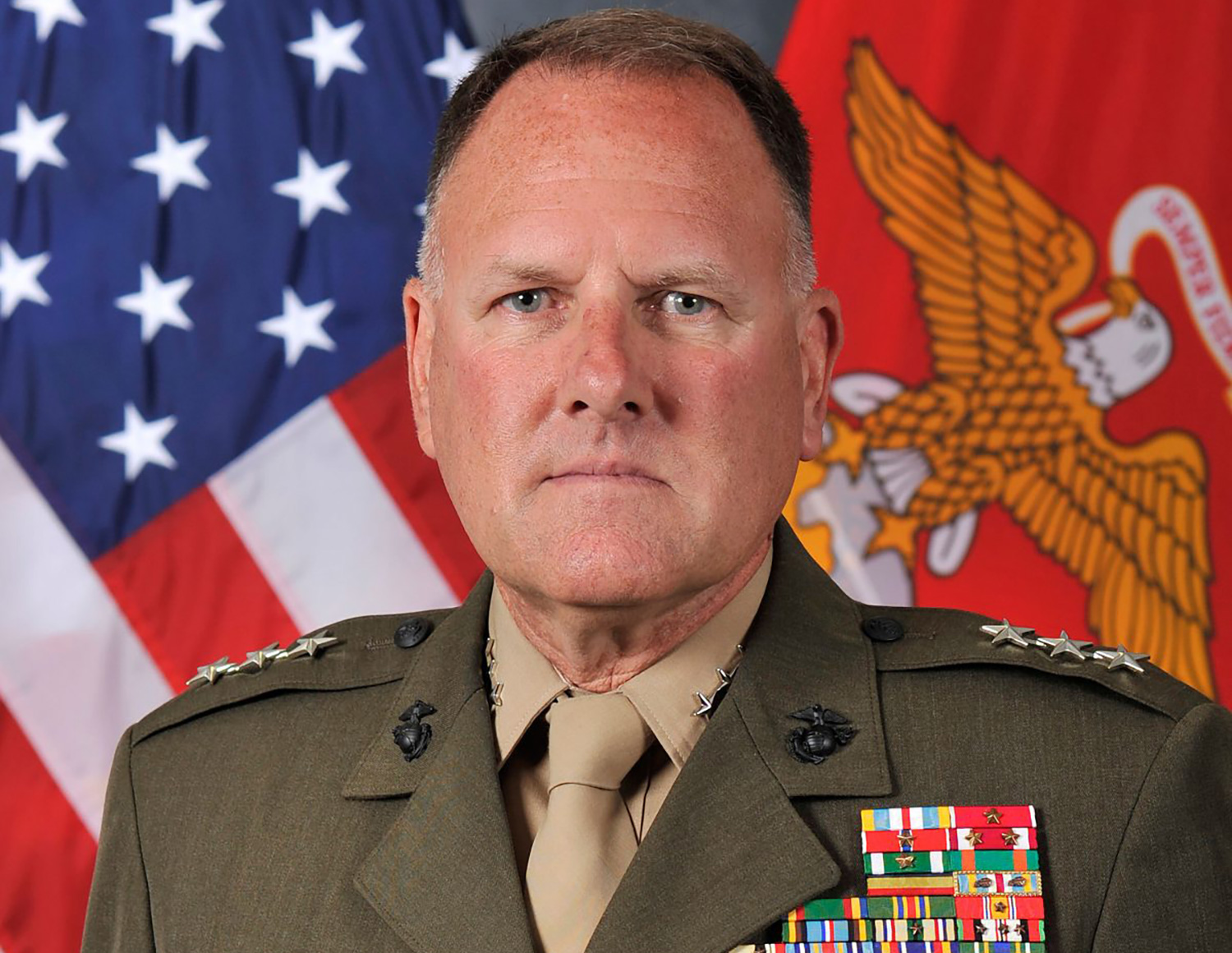 BY This email address is being protected from spambots. You need JavaScript enabled to view it. | NU Office of Communications

Norwich University’s graduating future officers will hear remarks from a fellow alum at this spring’s joint services commissioning ceremony. U.S. Marine Lieutenant General John J. Broadmeadow ’83 returns to the Norwich campus to speak to ROTC commissioning officers during a formal ceremony to mark the occasion on Sunday, May 13, at 9 a.m.

In his address, the Marine officer will touch on themes of service to nation and the importance of a military commission.

Broadmeadow commissioned a Second Lieutenant in 1983 after graduating from Norwich University with a Bachelor of Science in Business Administration. His first operational assignment was as a Supply Officer with 9th Marine Amphibious

Brigade in Okinawa, Japan. He has served in a variety of command and staff billets in every element of the Marine Air Ground Task Force, at Headquarters Marine Corps, and on the Joint Staff. Notable staff billets include Prepositioning Officer for Plans, Policy and Operations at HQMC, the Assistant Chief of Staff (AC/S) N4 for Task Force 58 conducting the amphibious assault into Afghanistan following 9/11 and as the AC/S G-4 for 1st Marine Division during the attack to Baghdad in 2003 and the Division’s return to Iraq for stability operations in Al Anbar Province in 2004. He commanded 1st Supply Company in Somalia for Operation Restore Hope, Marine Wing Support Squadron 371 in Iraq for Operation Iraqi Freedom in 2005, and Combat Logistics Regiment 17. He was the Team Leader and Senior Advisor to the 7th Iraqi Infantry Division as it assumed responsibility for operations in Al Anbar Province Iraq in 2008 – 2009.

Broadmeadow is a graduate of the USMC Amphibious Warfare School and Command and Staff College (non-resident programs), and a graduate of the U.S. Army War College in 2001. In addition to his bachelor’s degree from Norwich, he holds a dual Master of Arts in Business Administration and Computer Resources Management from Webster University, and a Master of Science in Strategic Studies from the U.S. Army War College.