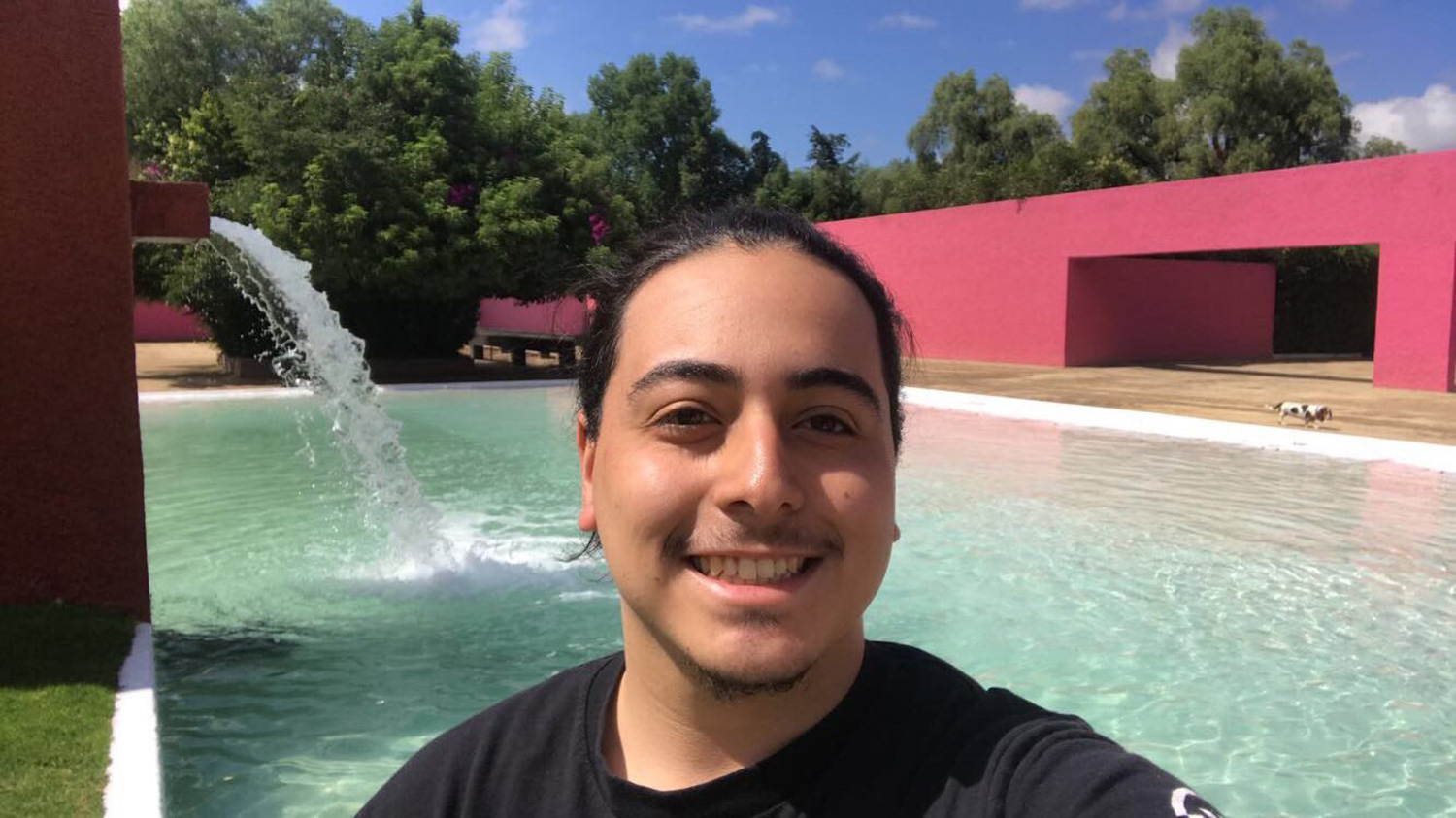 “Have you heard of Luis Barragán?”

That was the first question Cara Armstrong, director of NU’s School of Architecture + Art, asked Armando Barragán ’19 when he entered her Fundamentals of Architecture I class as a freshman.

In the two years since discovering he shares a surname with renowned Mexican architect Luis Barragán, Armando Barragán has immersed himself in research that he ultimately hopes to parlay into a master’s thesis.

Growing up as a first-generation Mexican-American in Boston with a father who helped construct dozens of prominent buildings there, Armando had always been intrigued by structural design. But it wasn’t until he worked as a community organizer in high school—and observed what he felt to be the intrusive effects of generic architecture on neighborhood identity—that he decided to pursue a degree in it. Now, under Armstrong’s mentorship, he has discovered resonances with Barragán that extend far beyond their shared name or heritage.

“When I first saw photos of Barragán’s work, I could see he avoided the International Style,” Armando says—an approach he describes as a “cut-and-paste aesthetic” that strips all sense of place or cultural context from a building: exactly what had bristled him back in Boston. “But I didn’t know how he did it; how he created modern structures that evoked Mexico’s past without being cliché.”

Structures, in other words, that fit.

This past summer, funded by a coveted NU summer research fellowship, Armando spent four weeks exploring Mexico City to understand the how. Armed with British architect and historian Kenneth Frampton’s Towards a Critical Regionalism: Six Points for an Architecture of Resistance, Armando observed that Barragán’s own resistance to contemporary norms comprised natural, locally available materials and colors, as well as the use of texture and light.

“Barragán said, ‘Don’t ask me about this or that building; don’t try to do what I do: see what I saw,’” Armando explains. “I saw the history, culture, and natural environment that drove his designs.”

Looking forward, Armando hopes his research into Barragán will inform his own designs, and those of his peers, “to better reflect individualism and local culture, and help us replicate those strategies around the world.”

“Plus, every architecture professor I’ve had asks the same question Professor Armstrong did,” he laughs. “I had to find out more about this guy.”