Professor Laurie Grigg: The search below 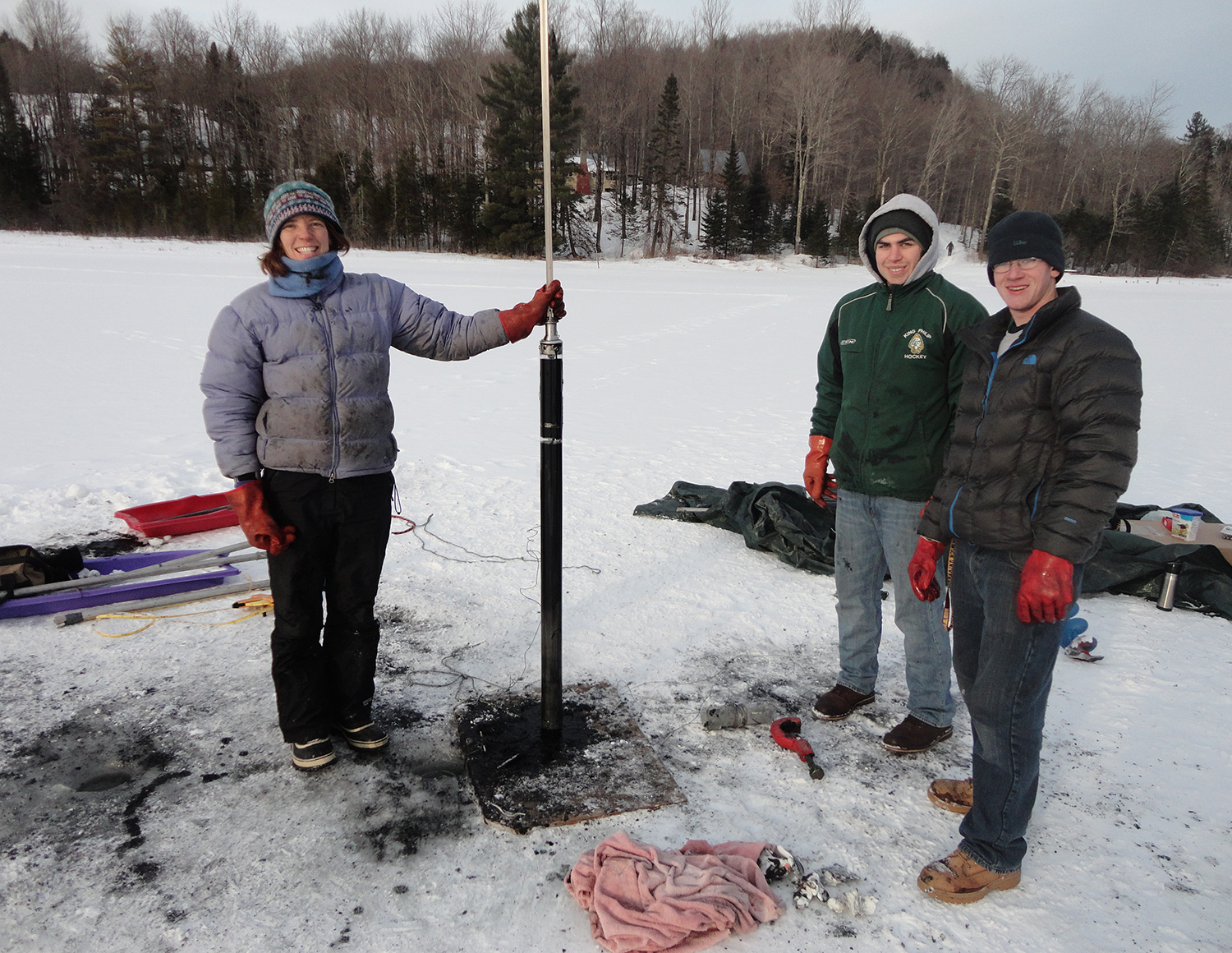 On a frigid day in February 2014, Laurie Grigg stood on the frozen surface of Twin Ponds, Vt., with two Norwich students and a collaborator from the University of Wyoming. At first glance it could appear that they were enjoying an afternoon of ice fishing. Instead, they were drilling through the ice into the deep, to collect core samples from the lake sediment. On September 23, 2017, the professor returned to the same lake with another group of students to collect more core samples. The temps topped 80 degrees, and the crew donned shorts.

A professor of Earth and Environmental Sciences, Laurie Grigg is not only used to working in extreme climates, but also studies climate change, and the National Science Foundation (NSF) has taken notice. In 2017, the agency awarded her a $132,000 grant to study the impacts of climate change on Vermont’s lakes.

Grigg’s research involves a search for variations in fossils in the sediment cores, as well as changes in the geochemistry of the sediment throughout the past 10,000 years. She will use data collected from the samples to reconstruct how the climate has changed over time, and to examine how the lake ecosystem has responded. “The goal is to use this long-term perspective, called paleoecology, to better understand the stresses facing lakes today and in the future,” she offers.

The grant supports, in part, Grigg’s collaboration with the University of Wyoming, where she and her research assistant, Irene Magdon ’18, will take advantage of the analytical equipment and expertise of a nationally recognized lab. Her work, which aligns with the mission of the Norwich University Center for Global Resilience and Security, will eventually inform future decisions concerning the conservation of Vermont’s lakes, as changes in the lake ecosystem are an important indicator of water quality. It was one of only 30 grants of its kind awarded in 2017, nationwide.