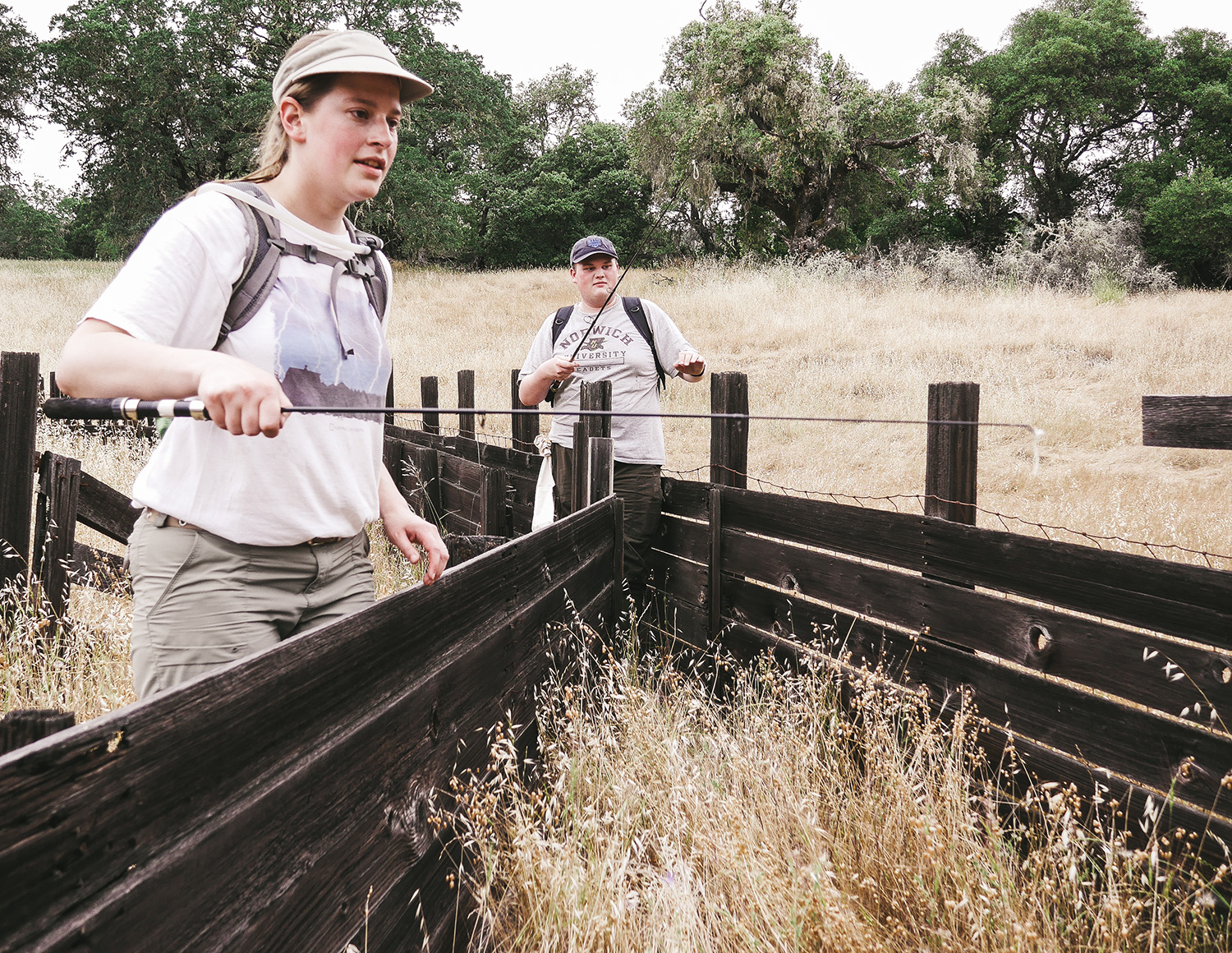 Assistant Professor of Biology Allison Neal and biology major Joshua Sassi ’18 have spent two weeks each of the past two summers stalking the oaks and grasslands of the 5,300-acre UC Hopland Research and Extension Center in Northern California. Their quest: capture Western fence lizards by the hundreds to collect field data on a malaria parasite endemic in the reptiles. “It’s one of the best-studied natural systems that hasn’t been affected by human interventions, like antimalarial drugs,” Neal says. In all, the pair bagged close to a thousand lizards—measuring, numbering, and drawing blood samples at a field lab before releasing the reptiles into the wild. At Norwich, the researchers used microscopy to survey blood samples for Plasmodium mexicanum malaria infections and other parasites and prepared samples for DNA analysis. Neal’s research continues a long-term study of the lizard population and its parasitic interloper now entering its 41st year. The project’s data points of basic science provide valuable research that can inform future studies of disease dynamics and climate change.

Sassi focused his second season in the field and lab on an undergraduate summer research fellowship to investigate and develop a coinfection prediction model in Western fence lizards between malaria and an intestinal parasitic infection known as Schellackia. An abstract of his work earned him the university’s College of Science and Mathematics Board of Fellows Prize for research. Neal, meanwhile, recently received a $25,000 Vermont Genetics Network grant to study a parasite much closer to home—schistosomes, microscopic worms found locally in certain water-loving birds, mammals, and snails that causes “swimmer’s itch” in humans.