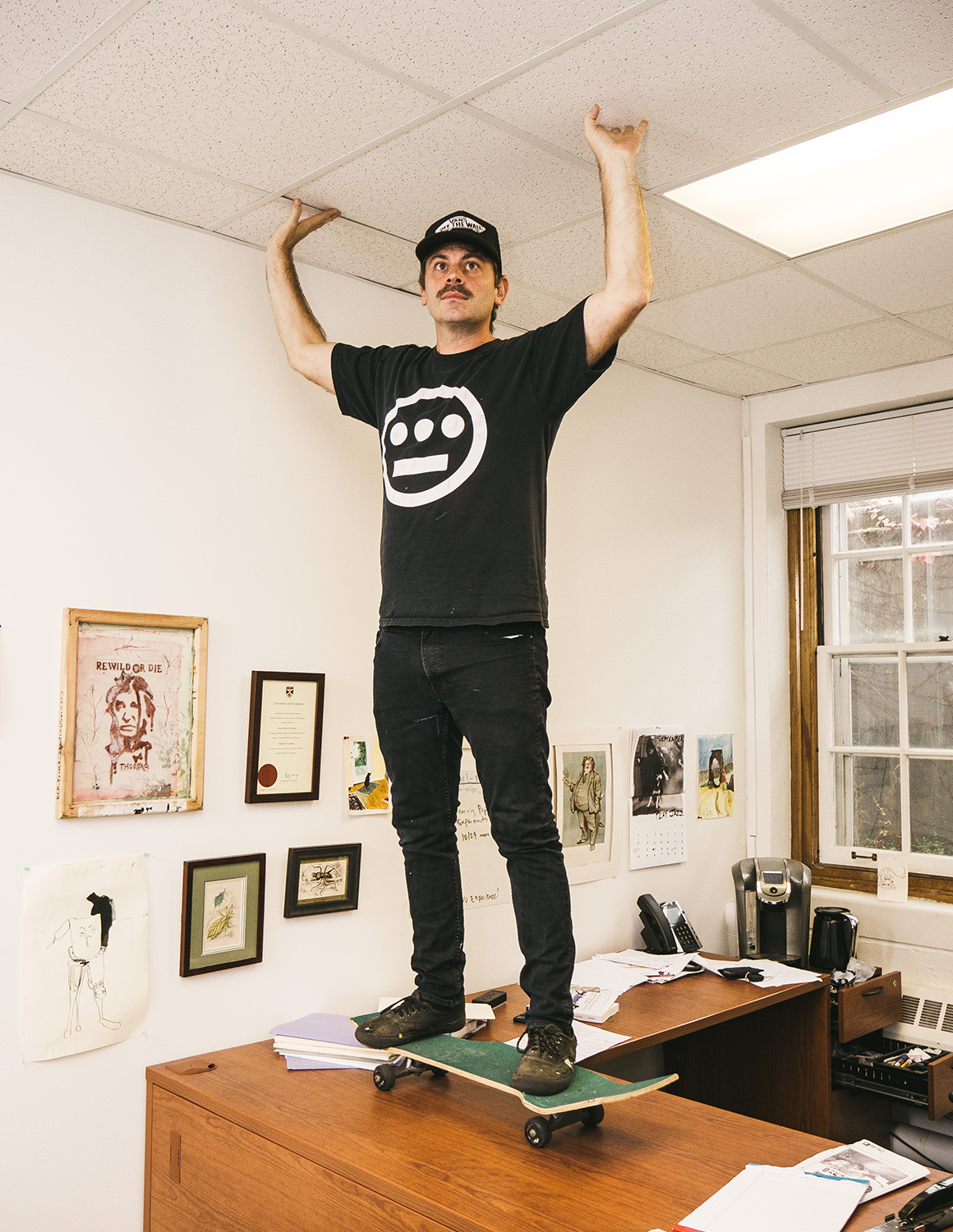 Brian Glenney is your typical skateboarding, graffiti-spraying, private military college assistant professor of philosophy with a rock star resume and the punk playlist to match it. A graduate of St. Andrews and USC, Glenney specializes in social and sensory perception, exploring philosophical theories about what it is to see, hear, and touch in the world around us. He has spoken about his work at Harvard, Princeton, Oxford, and the University of Tokyo. New York’s Metropolitan Museum of Modern Art has also come calling, showcasing his collaborative street art/icon design reimaging of the wheelchair access symbol.

Glenney’s wide-ranging research often relates to perception and labels of disability vs. diversity, and more recently subversion in sport—that notion that genius rule-benders, if not breakers, drive innovation. To wit, Socrates, Charles Dickens, and the guy who invented the cross-over dribble. So what does that have to do with labs? Well, more than you might think. Glenney recently collaborated with colleagues at UVM to survey local skateboarders on their attitudes and behaviors around helmet use. The National Institutes of Health, which funded the research via a Vermont Genetics Network grant, is keen to understand the behaviors and risks of extreme sports.

Glenney sees the project as a potential first step for a larger, lab-based study. At a prior post, Glenney founded a philosophy and psychology lab, where students helped create the Kromophone, prototype goggles, and now an app that turns colors into sounds, upending how we experience the world. Such undergraduate projects demonstrate “that philosophy is reliably practical,” Glenney says. “If anything is awesome about Norwich, it’s that the students demand some kind of practical upshot to what they’re learning.” A lab is “a perfect place to show philosophy actually engages the world that you touch and see. It’s not just theoretical.”

Expert on:
1. The perceptual theory of 18th-century Scottish philosopher Adam Smith.
2. Molyneux’s Question: Could a blind person who knows a cube and sphere by touch identify them by sight if it were restored?
3. Socrates’ hobbies if alive today: “I think he would skate and do graffiti.” *

* OK, make that an educated guess.