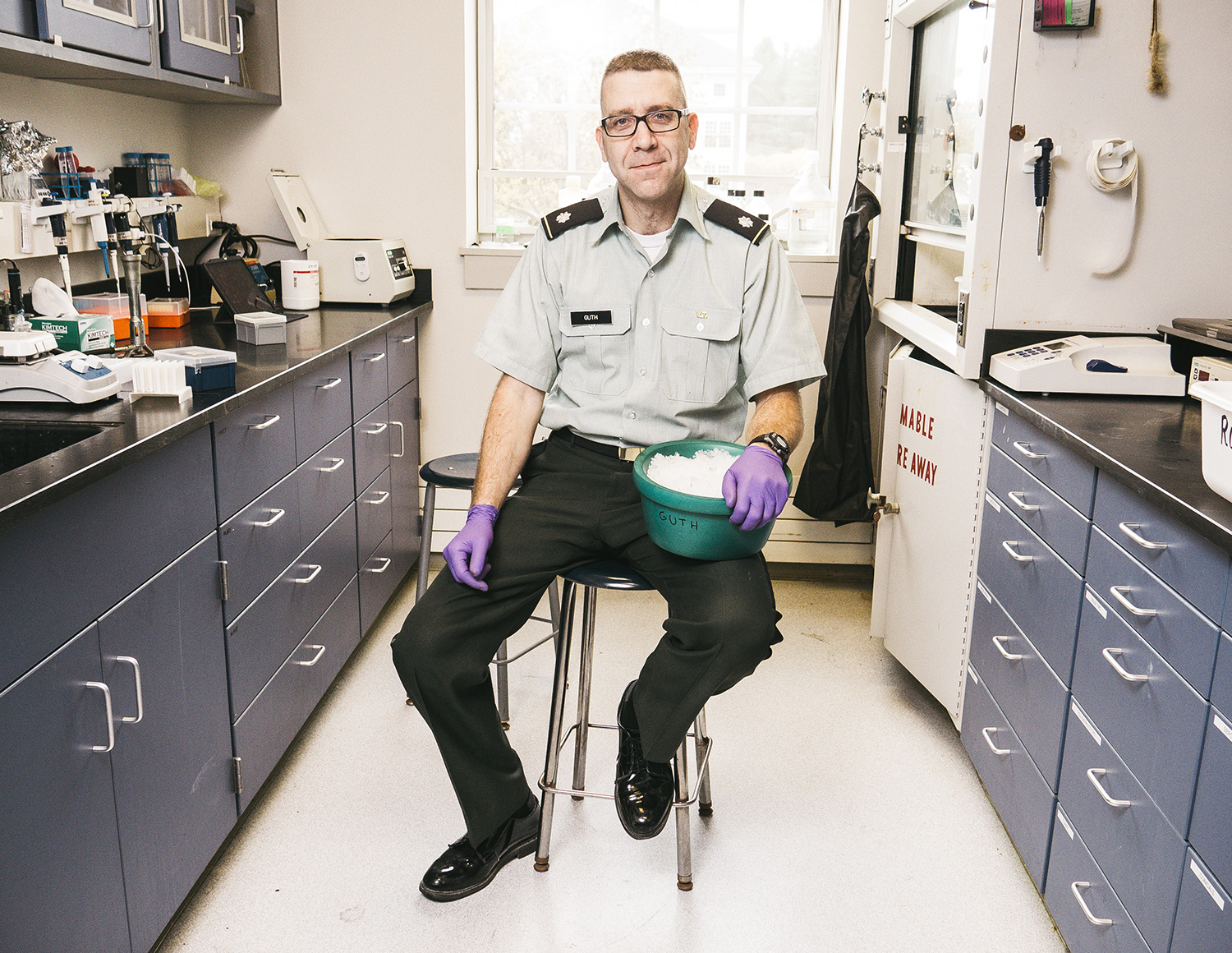 Just four years old, the gene-editing tool known as CRISPR is already one of the most groundbreaking, if not powerful tools in modern science. Working like a pair of bargain-priced, $70 molecular scissors, the DNA enzyme carries machinery and instructions to snip strands of DNA with exacting precision. Researchers can now target specific genes and swap in new genetic material nearly at will. Whether CRISPR (or Clustered Regularly Interspaced Short Palindromic Repeats) opens a golden age or a Pandora’s box of genetic tinkering remains to be seen.

But for Norwich biochemistry professor Ethan Guth, CRISPR is in the end “just another tool.” More exciting are the research questions he can now explore in a lab outfitted with little more than an ice bucket and a few hot plates. With a grant from the Vermont Genetics Network, Guth has worked over the past year to jumpstart CRISPR research at Norwich. He aims to grow yeast spliced with Godzilla-like genes from Deinococcus radiodurans, an unusual strain of bacteria highly resistant to oxidative damage and radiation.

The associate professor of chemistry says he hopes to understand how those genes function to give an organism the ability to resist the corrosive forces of oxidation (think rust at the cellular and molecular level). While his research is basic science, he says it could theoretically open intriguing future applications, given the role that oxidation plays in the etiology of cancer, heart disease, neurodegenerative diseases, and many other human diseases. “He’s a pioneer,” says Karen Hinkle, a researcher, biology professor, and NU Office of Academic Research associate vice president. Norwich now has a CRISPR expert, one who has already involved students in cutting-edge work and will be a go-to resource for other faculty researchers, she says. “I think it’s the fundamental dream of a lot of young nerdy science boys,” Guth says. “To be able to build something new.”