The curious case of the mushroom button 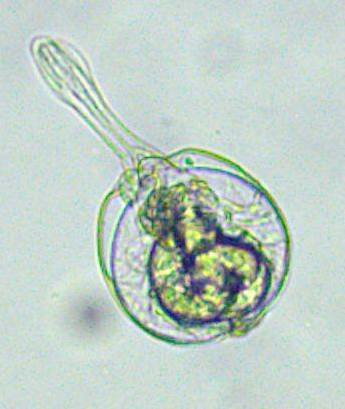 If you know anything about parasites, you’ve probably heard the better-than-fiction tales of ‘bugs’ that cause rats to recklessly seek out cats, fungi to burst out of ants like a scene out of Alien, and snails to show off their colorful, pulsating antennae to hungry birds. (If you haven’t, do a quick search for Toxoplasma, Cordiceps or Leucochloridium- you won’t be disappointed!) Parasites are famous for the ways they can alter their hosts’ behavior and appearance to ensure their passage from one victim to the next. Even parasites whose adaptations aren’t quite as showy often have fascinating lives, complete with mind-boggling strategies for getting from one host to the next.

I discovered one such example during our first sampling trip of the summer in 2017 at Baker Pond, just a few miles down the road from Norwich University. We were collecting snails to look for trematode larvae. Trematodes are parasitic flatworms, and although most adult trematodes live in vertebrate animals like humans, almost all trematodes develop as larvae in snails. After three hours slogging through frigid water and deep mud, we managed to bring sixty tiny snails back to the lab. We put each snail in its own little container of water and patiently waited to see if larval trematodes came out.

The snails did not disappoint. The next day, we found a few of the containers were full of wiggling larval trematodes. The type of larval trematode that are typically produced by infected snails look a bit like tiny tadpoles: oval bodies and long, thrashing tails. (That description really doesn’t do them justice- trematodes are much cooler looking than tadpoles- sorry herpetologists!) We were about ready to move on to our next sampling site, but noticed something odd. Another few snails had produced weird ‘mushroom buttons’ that were accumulating in the bottoms of their containers. Clearly, ‘mushroom buttons’ was not the technical term for these mysterious structures, but I was at a loss for words, and what can I say, I’m a parasitologist, not a poet. 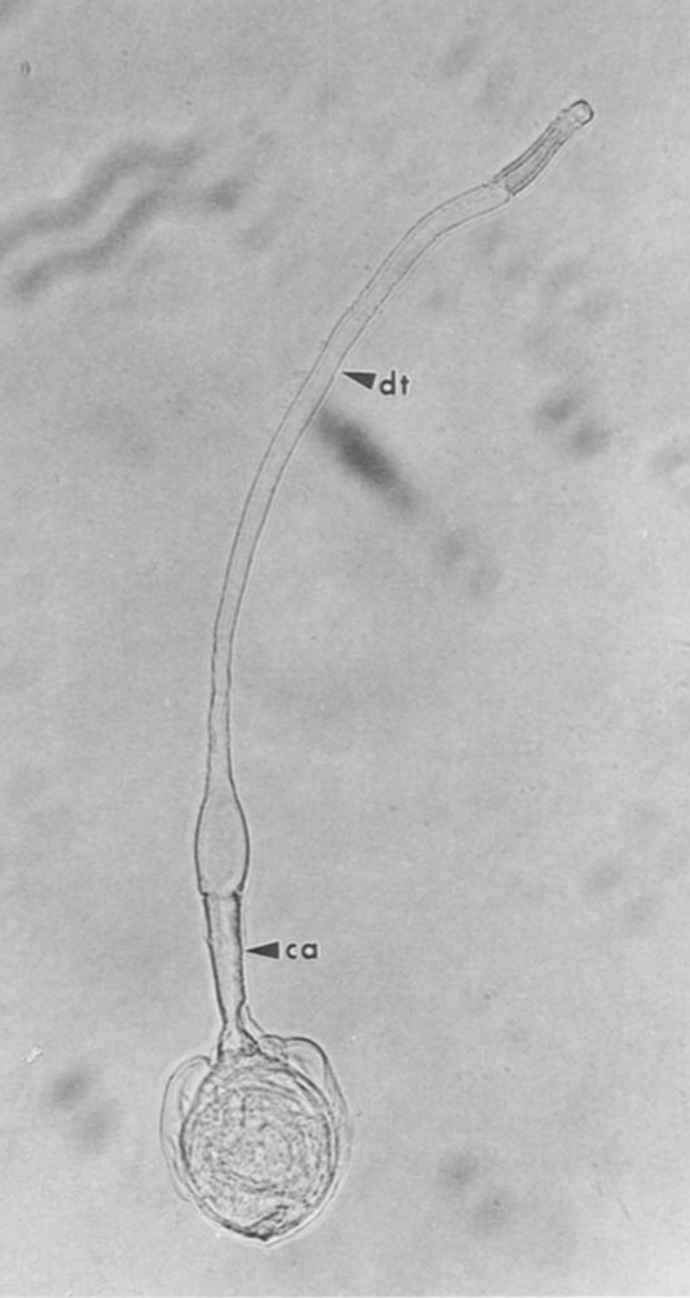 What were these mushroom buttons? We decided to get to the bottom of this mystery, so we dissected one of the snails that were producing these odd structures. It was full of worms that looked an awful lot like a typical snail-infecting larval trematode stage (trematodes have lots of different larval stages- that’s a tale for another day). I was perplexed. A snail infected with what were clearly larval trematodes was producing something that didn’t match anything in my ‘How to Know the Trematodes’ guide.

With some help from some colleagues, I eventually identified the ‘mushroom buttons’ as an unusual larval stage from a trematode known as Halipegus. The ‘mushroom button’ is actually a highly specialized capsule for getting Halipegus into its next host, a type of tiny crustacean. (The technical term is cystophorous cercariae or cercariocyst). When the tiny crustaceans eat the mushroom button, the mushroom’s stalk explodes outward like a tiny spear, punching a hole in the crustacean’s gut. The larva can then crawl through that hole to reach the body cavity, where it continues development. Halipegus the spear-wielder- just another amazing example of the lengths to which some parasites go to reach their next host.

(The first image in this post was taken by my lab. The second image was taken from a paper published by Derek A. Zelmer and Gerald W. Esch. The full citation is below, and the paper describes what triggers the release of this ‘spear’).