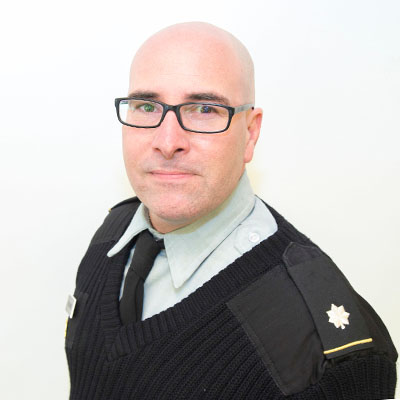 His primary field of expertise is in American politics with emphases in public law, political behavior, and interest group politics. He also has ancillary scholarly and teaching interests in political theory and philosophy, in particular, democratic theory and feminist political thought.

He received his Master of Arts and doctorate from Western Michigan University and his Bachelor of Arts from the State University of New York, Potsdam, where he majored in political science and minored in U.S. history.

At the graduate level, Jagemann has taught the Research Methods Seminar for the College of Graduate and Continuing Studies’ Master of Public Administration Program.

His research focuses on how institutions, such as Congress and the U.S. Supreme Court, shape the behavior of interest coalition building and lobbying. Jagemann has published in the fields of interest group behavior and his most recent article “Abortion Politics in the Courts: New Judicial Federalism or the Federal Courts?” appears in the Vermont Bar Journal. Jagemann is also exploring social media and politics and has been working on an article examining Google Trends data and whether they provide good proxies for issue saliency about the U.S. Supreme Court and its opinions. Given a dearth of survey data about public attitudes and interest in the U.S. Supreme Court and its decisions (at least relative to other actors, institutions and issues in U.S. politics), Google Trends and Analytics provide a useful tool to gauge saliency and public interest in the court and its cases, he argues.

Contact Information
Ainsworth 305
This email address is being protected from spambots. You need JavaScript enabled to view it.