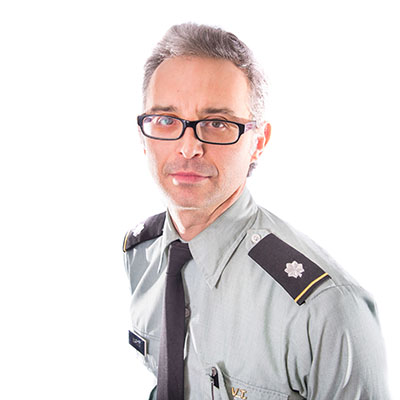 Born and raised in New Bedford, Massachusetts, to immigrant parents, Martin has always been interested in the stories—and histories—of earlier times and distant places. He teaches early British and World literatures, as well The History of the English Language, Science Fiction Literature, and The Bible as Literature. He hopes to devote more attention in his classes to the epic Beowulf and the work of J. R. R. Tolkien.

His scholarship focuses on class, violence, and ideology in 15th- and 16th-century texts. He tries to explore and expose the literary and cultural tools that the European aristocracy used to rationalize its violence and material power, which perpetuated class-based injustices. He is also an editorial board member of the journal Socialism and Democracy, for which he writes book reviews on history, philosophy, and the visual arts.

Martin served for five years on the Faculty Senate, and is currently chair of the Faculty Library Committee.

Martin has received many awards for his scholarship including a Mellon Fellowship (2001), the Norwich University Award for Excellence in Research (2011, 2014), and in 2016 he enjoyed a month’s residency as a Mayers Fellow at the Huntington Library in San Marino, Calif., to study the medieval manuscripts of Thomas Hoccleve [see attached photo of mine].

Contact Information
Dewey 207
1 (802) 485-2422
This email address is being protected from spambots. You need JavaScript enabled to view it.