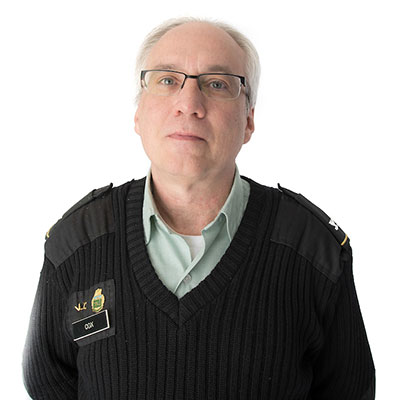 Prof. Cox’s short story collection The End of All Our Exploring: Stories was published in 2018 by Fairwood Press.  The book received a starred review in Publisher’s Weekly and was included in Locus Magazine’s Recommended Reading list for 2018.  His short story “Maria Works at Ocean City Nails,” originally published in New Haven Review, was included in the anthology Best Indie Lit New England Vol. 2, and his short story “The Amnesia Helmet” was recommended by Locus and SF Signal as one of the best science fiction stories of 2013.

In addition to fiction, he has published poetry and drama in numerous magazines and anthologies. With Andy Duncan, he co-edited the anthology Crossroads: Tales of the Southern Literary Fantastic  (Tor, 2004). His plays have been performed at the Vermont Playwrights Circle Ten-Fest Ten Minute Play Festival and the Burlington, Vt., Fringe Festival. He was a co-founder of the Shirley Jackson Awards and currently serves as president of the award’s board of directors.

Academic publications include articles on the “genteel tradition” in American poetry and the work of science fiction novelist William Gibson, student-centered reference essays on Daniel Keyes’ Flowers for Algernon and Kurt Vonnegut, Jr.’s Slaughter-House Five, and bio-bibliographic reference essays on British author Keith Roberts and American authors Kevin Brockmeier and George Saunders. Prof. Cox continues to pursue research interests in American literature and culture and the literature of the fantastic.  His recently-completed book on the 20th-century American science fiction and fantasy writer Roger Zelazny is forthcoming from University of Illinois Press.

A native of North Carolina, Prof. Cox has lived since 2002 in Vermont with his spouse, playwright and retired NU professor Jeanne Beckwith. When he is not doing the things discussed above, he is watching too much television, listening to never enough music, performing in just enough local and regional theater, and thinking about his next story.