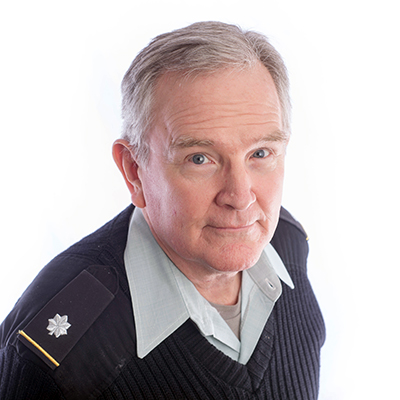 Contact Information
Mack Hall 309A
1 (802) 485-2223
This email address is being protected from spambots. You need JavaScript enabled to view it.

Blythe has been a licensed attorney in Vermont since 1986, admitted to the bars of both the Vermont Supreme Court and the United States District Court. He was a founding partner in the law firm of Blythe & Taylor PLLC in 1989 and continues to be a member of the firm. During his more than thirty-three years of full- and part-time law practice, Blythe has concentrated on real estate, general business, environmental and employment law.

In 1999, Blythe was appointed to the Vermont Water Resources Board by Gov. Howard Dean, serving first as vice chair (1999 to 2000) and then as chair (2000 to 2004). During his service on the board, he chaired dozens of contested case hearings, and participated in the legislative process of amending a number of key state statutes relating to wetlands protection, use of public waters, and most significantly, the regulation of activities subject to the federal Clean Water Act when impacting impaired waters.

He chaired the landmark case of In re Hannaford (WQ-01-01), which catalyzed a major national review of protecting impaired waters. In his final major project as chair, he initiated an investigative docket and was a principal contributor to the Final Report: Investigation Into Developing Cleanup Plans for Stormwater Impaired Waters (2004), which became a key resource document adopted by the U.S. Environmental Protection Agency for use throughout the nation. Following the completion of his service as chair, Blythe was honored with a Senate Concurrent Resolution by the Vermont General Assembly.

Blythe has also served as an acting judge in Vermont Superior Court, Small Claims Division since 1992 and he continues to do so occasionally today. He was recognized for his service by the court in 2009.

As a member of Norwich’s faculty, Blythe has taught business law, construction law, human resources management and cybercrime and cyberlaw, and he has served as faculty mentor for a number of student internships and independent studies. He is the adviser to the university’s Pre-Law Society and the Norwich Soccer Club.