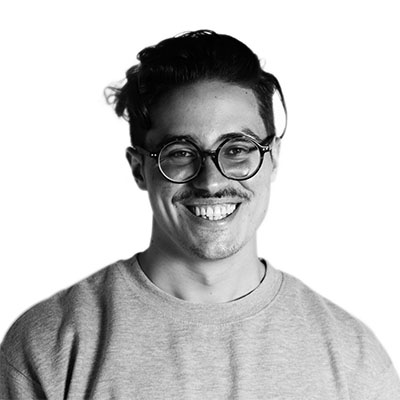 Robert Bolton is a Canadian artist and strategist. He leads interdisciplinary teams, using design thinking and foresight methods, to solve complex problems and generate brand, revenue, and profit growth on projects for multinational organizations including Toyota, TD Bank Group, Deutsche Telekom, Tyson Foods, Cisco Systems, and Burberry, among others. In collaboration with Policy Horizons Canada, an innovation lab within the Government of Canada, Robert led the design of the board game, Impact, which is used to teach public servants the discipline of strategic foresight and encourages deliberate thinking about long-term future developments and uncertainties.

Robert is also an award-winning songwriter whose work has been featured in Warner Bros., MTV, CBS, A&E, CBC, and EA Sports productions. His series of speculative fictions in song form, Recordings From Later, combines his passions for music and futures thinking. Robert co-authored a perspective on policy, “Biohackers: The Science, Politics, and Economics of Synthetic Biology,” published in Innovations Journal (MIT Press, 2014). He was a National Science Foundation AoSL Innovation Fellow and holds a Master of Arts in the Humanities from the University of Chicago.