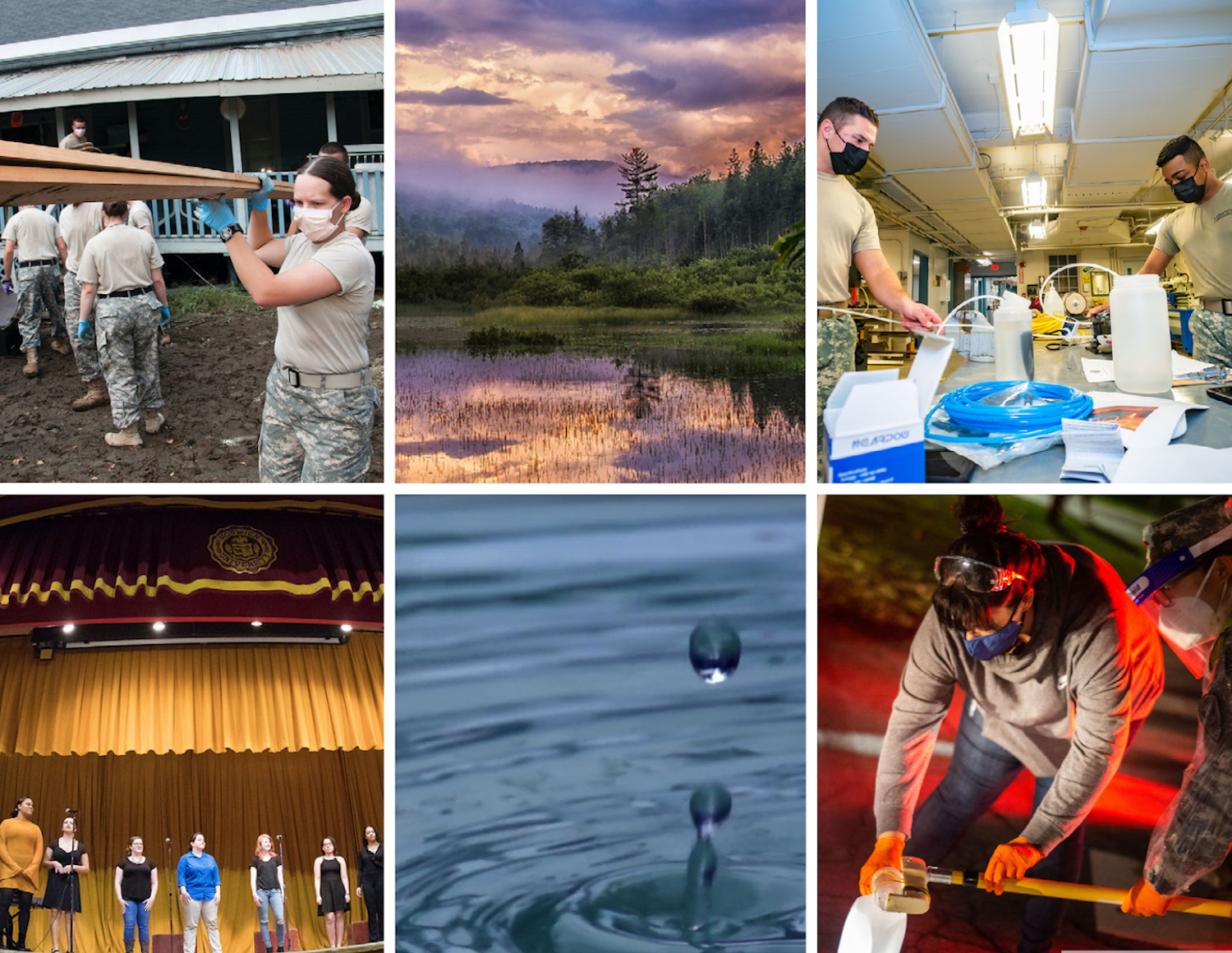 CGRS INITIATIVES
Join us as we build resilient communities through focused programs on water, infrastructure, energy, and climate. 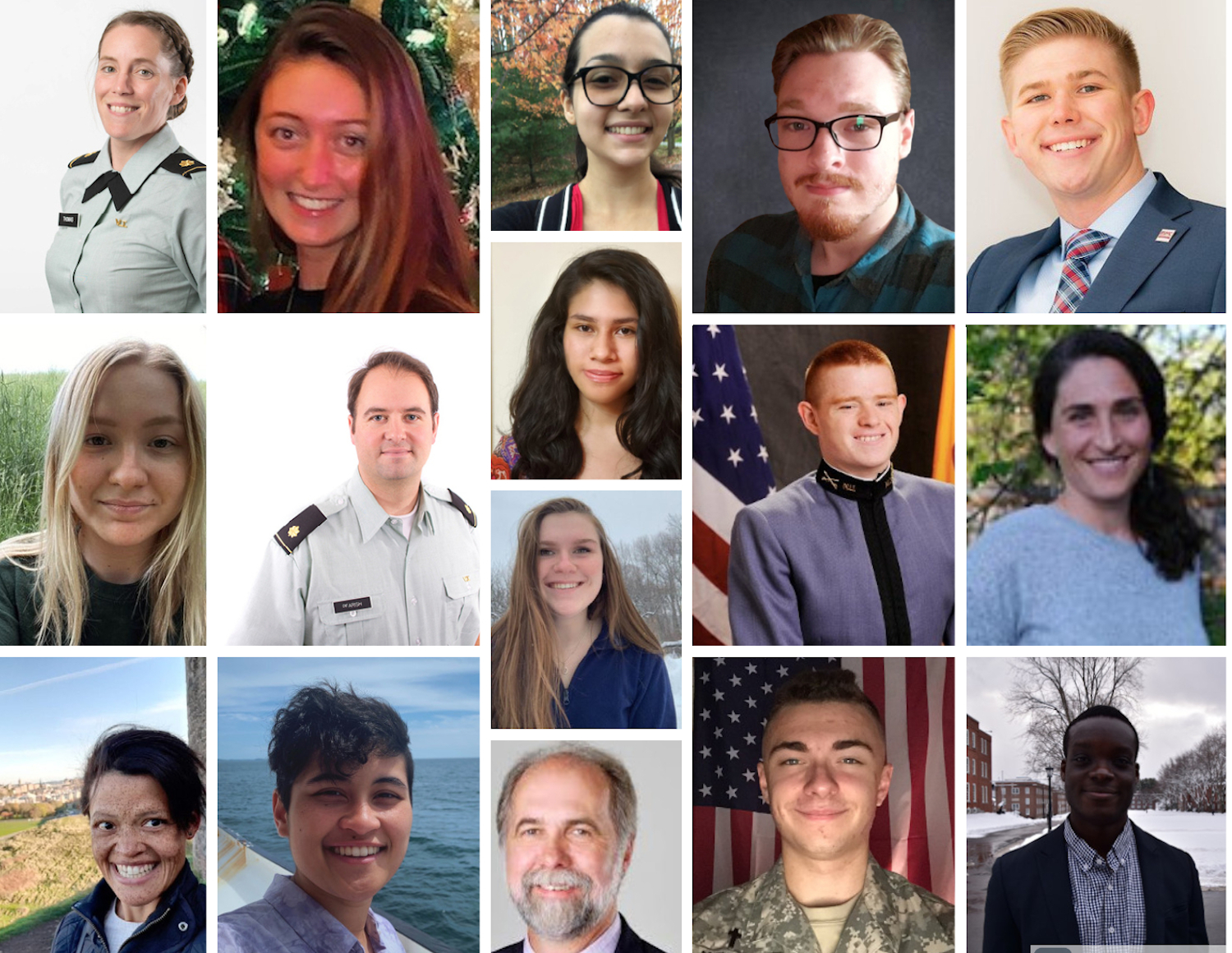 THE PEOPLE OF CGRS
Meet our talented and diverse team of advisory, faculty, private-sector, and student fellows.

Disclaimer: The opinions represented in the presentations and products showcased on the Center for Global Resilience and Security (CGRS) website represent the participants’ personal views, and do not necessarily reflect the official policies or positions of Norwich University or CGRS.

Paul Kostecki dedicated his career to research, education, and training in environmental contamination, with an emphasis on human and ecological risk assessment and risk management of soils. His work included: soil ingestion estimates for children and adults, establishment of scientifically sound cleanup levels for soil, bioavailability of soil contaminants, fish as toxicological models for contamination assessment, and assessment and management of petroleum contaminated soils.

A developer and director for more than 60 conferences, workshops, and courses both nationally and internationally, he made presentations at over 100 national and international meetings. Since 1985, his University of Massachusetts, Amherst conference on contaminated soils, sediments, and water attracted more than 10,000 environmental professionals from over fifty countries. His publications include more than 100 articles and reports, and 35 co-edited or co-authored books. His research secured more than $15 million in support.

Kostecki co-created the Association for Environmental Health and Sciences (AEHS) in 1989 and served as its executive director until 2009, when he established the AEHS Foundation and served as the president.  Kostecki helped found Amherst Scientific Publishers and co-created seven peer-reviewed journals: Journal of Soil and Sediment Contamination (1990), Human and Ecological Risk Assessment (1994), Journal of Phytoremediation (1998), Journal of Environmental Forensics (1999), Journal of Children’s Health (2003), Non-Linearity Journal (2003), and Journal of Medical Risks (2004), as well as Soils and Groundwater Magazine (1992). He also co-created the International Society for Environmental Forensics in 2002.

Kostecki died n November 2021. His contributions to the CGRS board and to the environmental field will be deeply missed.

Ethan Miller ’21 studies architecture at Norwich University, having done several on-campus jobs while maintaining his GPA. He has worked as a woodshop proctor, teaching assistant for the laser cutter, copy editor/photo editor for the Guidon, and as an iPad mentor for information technology services. While he remains active in Norwich life, he always finds the time to help his fellow students such as coming in to fix the laser cutter on his off days or helping other students with their studio projects.

Zeb Perreault ’23 studies biology and is part of the Honors Program at Norwich University. He grew up and lives in Chelsea, Vermont, and is a catcher on the Norwich baseball team. He hopes to do something with genetics upon graduating from Norwich.

Zhujun (Zelda) Wu ’24 arrived at Norwich in August 2021 as an international student from China. She majors in biochemistry and is interested in learning the cultures and environments of new places. In fall 2021, she earned fellowships in both the CGRS Resilient Vermont team and Dog River Conservancy. Interested in sticklebacks and other small fish that live in the Dog River basin and other places in Vermont, she is excited to look at these living creatures and do some research with a mentor.

Nicholas Clements ’23 arrived at Norwich in August of 2019 to begin his studies in criminal justice. He received a three-year Army scholarship, and hopes to branch in armor upon receiving his commission. On campus, he is involved with Unify and other clubs, and directs student operations for the campus branch of the Criminal Justice Students Association (CJSA), work that has taken him to Washington D.C. He also serves as vice president of the newly founded Norwich University Official Jerky Club. Following graduation, he hopes to get involved with a law enforcement agency in his hometown of Boston, Massachusetts.

Jack LePage ’23, a sophomore, majors in criminal justice and is a member of the Corps of Cadets. Following the Air Force ROTC path, he hopes to contract or commission into the U.S. Air Force and go into OSI. Born and raised in Lewiston, Maine, he participates in hockey, tennis, track and field, and karate, as well as many clubs on campus. In the Corps, he serves as the chaplain’s assistant. He endeavors to make Norwich University an even stronger institution than it already is, saying, “I hope through this program to create solutions to the world’s problems even if that means starting small. Norwich Forever!”

Kpatcha Massina ’22 is an international scholar born and raised in Togo. He is a junior and an international studies major with a minor in computer forensics. Kpatcha is a member of the Corps of Cadets and men’s rugby team, president of the Arabic language club on campus, and serves on the junior ring committee. He is passionate about food security and refugee issues. His areas of interest are in the Sahel region in West Africa and the Middle East. He is an environmental security fellow under CGRS and AEHS. Upon graduation, Kpatcha wants to complete a master's degree in international development and work for the World Bank.

Cameron Reed ’21 is a member of the Corps of Cadets. He remains on track to complete a Bachelor of Science in Nursing in early May 2021, after which he will accept a commission as a U.S. Army Nurse Corps Officer. Raised in Mount Holly, North Carolina, Reed traveled abroad to Switzerland to attend the Summer Mountain Training Course accompanied by a variety of other international militaries. He studied environmental security as a Peace & War Center fellow under the Olmsted Scholar program and will continue this focus as a fellow for the Center for Global Resilience and Security.

Jorge Javier Huisa Chacon ’23 was born in Cusco, Perú, and grew up in a rural city in the Peruvian Andes. During high school he was particularly interested in the science and engineering field, and with his interest in mega-projects in first world countries, decided to study civil engineering. He joined CGRS (Center for Global Resilience and Security) in October 2021 and is presently at work on his proposal for research.

Zhujun (Zelda) Wu ’24 arrived at Norwich in August 2021 as an international student from China. She majors in biochemistry and is interested in learning the cultures and environments of new places. In fall 2021, she earned fellowships in both the CGRS Resilient Vermont team and Dog River Conservancy. Interested in interacting with local community, she finds it meaningful to engage in research and discussion on environmental security in Vermont.